It was an overcast afternoon in March in Woolloomooloo. We were driving around Sydney when my friend Carlo exclaimed, “There it is!” We got out of the car and I squinted at a small food stand that said, “Harry’s Café de Wheels.”

Although it started out as a moving food van, Harry’s is now permanently fixed on Cowper Wharf Roadway. It’s nothing fancy, but Woolloomooloo’s quaint suburban neighborhood and naval dockyard provide a relaxing ambience. Just don’t feed the birds—no matter how adorable they look at you with those piercing eyes—or you’ll instigate a crumb massacre.

I had my first meat pie from Harry’s that day. I had chicken and mushroom with mashed peas and gravy. The verdict? Love at first bite! It’s one thing to read about it and hear people rave about it, but nothing beats sinking your teeth into the real deal. It could be the savory gravy, or maybe it’s the appeal of purchasing street food from a retro-looking food van.

Call it cliché, but Harry’s meat pies set the standard for me. I’ve tasted other meat pies since then, but nothing compares to my first time with Harry.

If you’re in Sydney, drop by one of Harry’s seven locations. 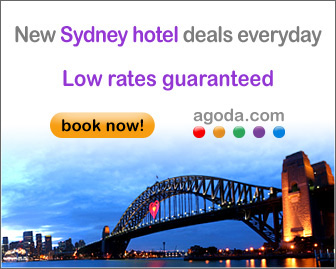