What is it about two young star-crossed lovers that make a best-selling novel, movie, or urban legend?

I was in Guam last week when I wondered why almost every souvenir shop sold keychains depicting a girl and a boy whose hairs are entangled as one. I got my answer when I visited Two Lovers’ Point, one of the popular tourist spots in Tumon Bay. 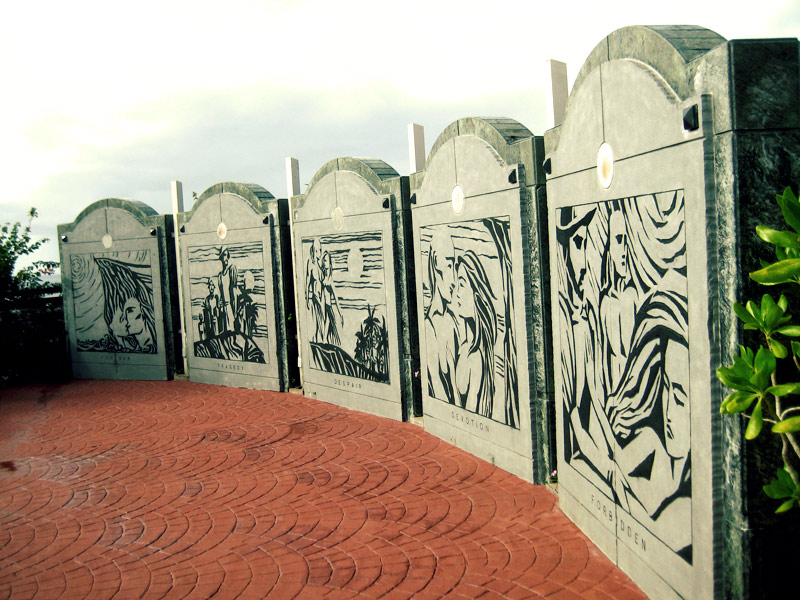 Legend has it that the daughter of a Spanish aristocrat and a poor Chamorro warrior fell madly in love despite their families being against it. The girl’s father, desperate to marry her off to a Spanish captain, asked his soldiers to capture his daughter after she ran off with her Chamorro lover. The lovers soon found themselves trapped between the edge of a cliff and the approaching angry soldiers. They tied their long hairs into a single knot, looked into each other’s eyes for one last time, kissed, and leaped over the long, deep cliff and into the rough waters below.

The Two Lovers’ Point could’ve been just your usual cliff overlooking the Philippine Sea, but the urban legend has turned it into a more lucrative must-see spot for tourists. They even sell heart-shaped padlocks for US$10 each at the souvenir shop. Tourists—mostly Japanese couples—write their names and special love message (ex. Takuma ♥ Akihiro 4ever) on the padlock, enter their secret lock combination, and keep it forever secured on the perimeter’s railing. 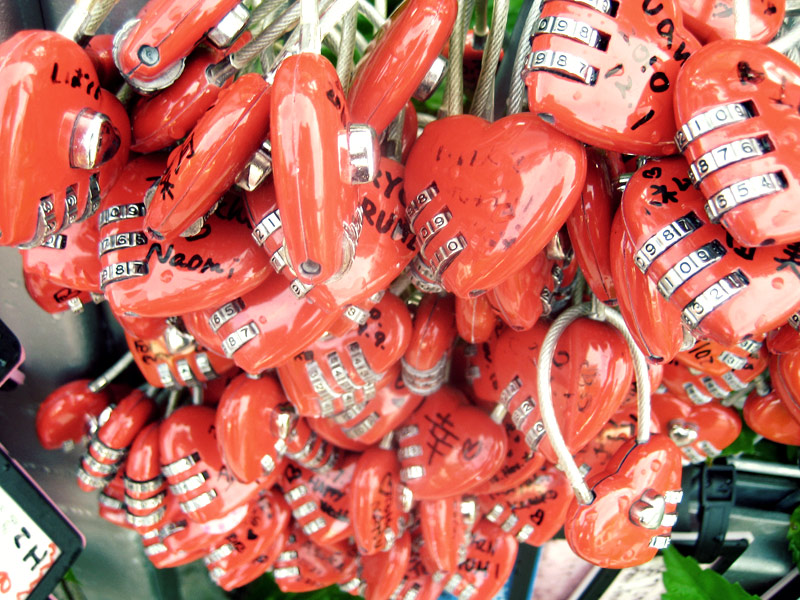 I’m sure “forever” loosely translates to “until they run out of space and have to forcibly remove the padlocks to make room for more tourists.” 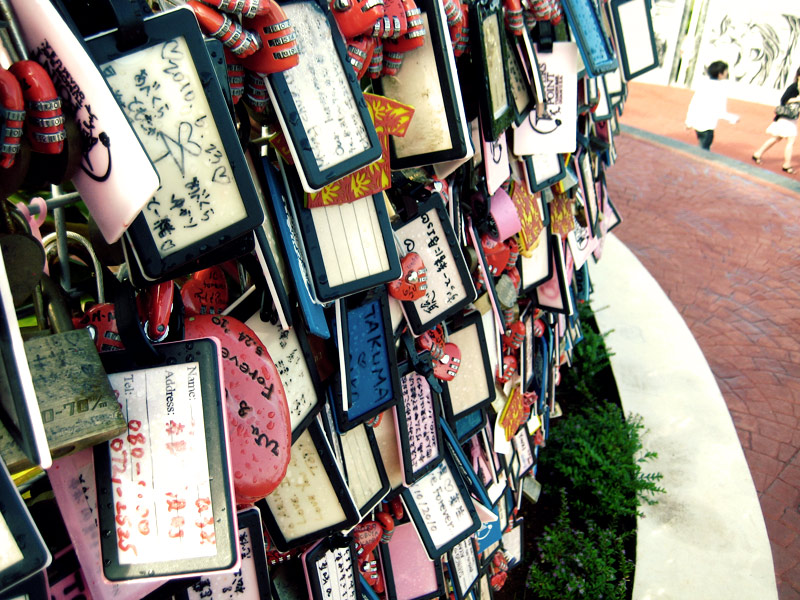 I’m not 100% convinced that the details of the story were accurately passed on to the present generation. I’m not a sucker for mushy rituals either, but I did buy a heart-shaped padlock from the souvenir shop. It made a cool accessory to my luggage.