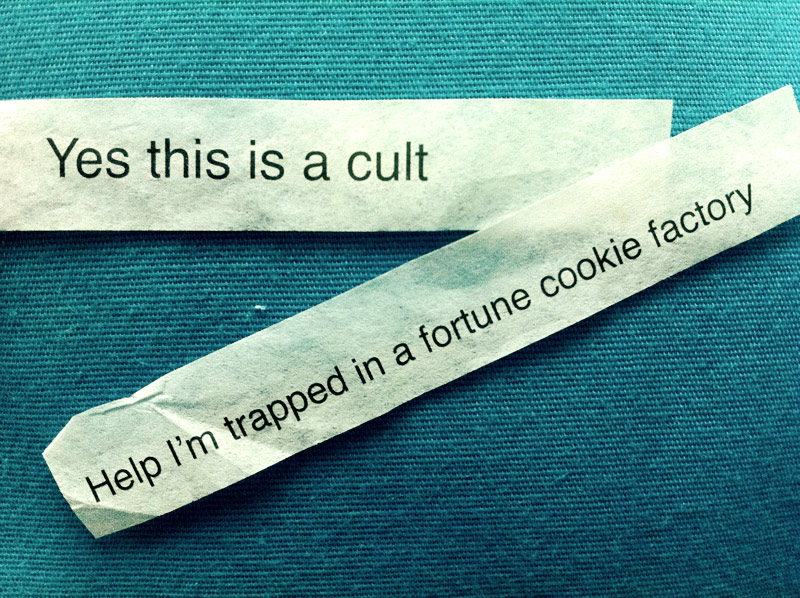 July 29, 2011—TriNoma Mall’s Mindanao open parking lot was drenched in rain and mud. Many people—myself included—were geared up for 30 Seconds To Mars live in Manila. We donned raincoats, umbrellas and rugged footwear. Others were less prepared, dressed in mini skirts and sky-high stilettos. 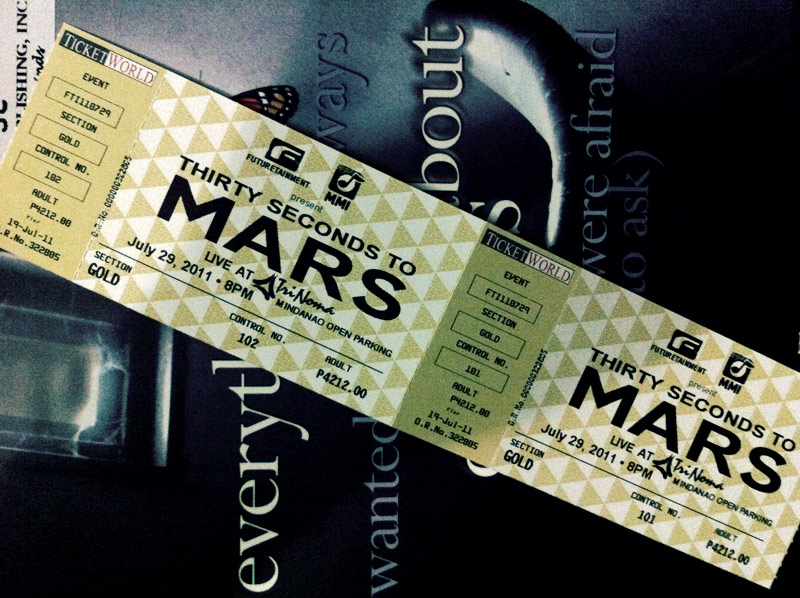 Whatever concert gear you were in, it didn’t seem to matter. Whether you were there as a fan of the music or as a groupie of heartthrob Jared Leto, it was worth the long, delayed wait under the pouring rain. I’m sure you’ll easily find gushes of how awesome it was all over the net. I’ll just dive into my favorite part of the night:

30 Seconds to Mars was playing “Closer to the Edge,” with Jared Leto up to his usual theatrics. Near the end of the song, silver and white confetti exploded into the air to the sheer delight of the crowd. A number of us noticed that some of the white pieces of paper were actually fortune cookie messages, and we grabbed as many strips as we could. Others were oblivious to this discreet gimmick.

I even found a strip hanging from the hair of the guy in front of me. I poked him, pointed out the piece of paper on his hair, pulled it out and handed it to him. His stoic face broke into a smile when he saw the message on the paper. He slipped it into his pocket. I did the same with mine.

If you were at the concert and kept your fortune cookie messages, write a comment below! I want to know what message you got.