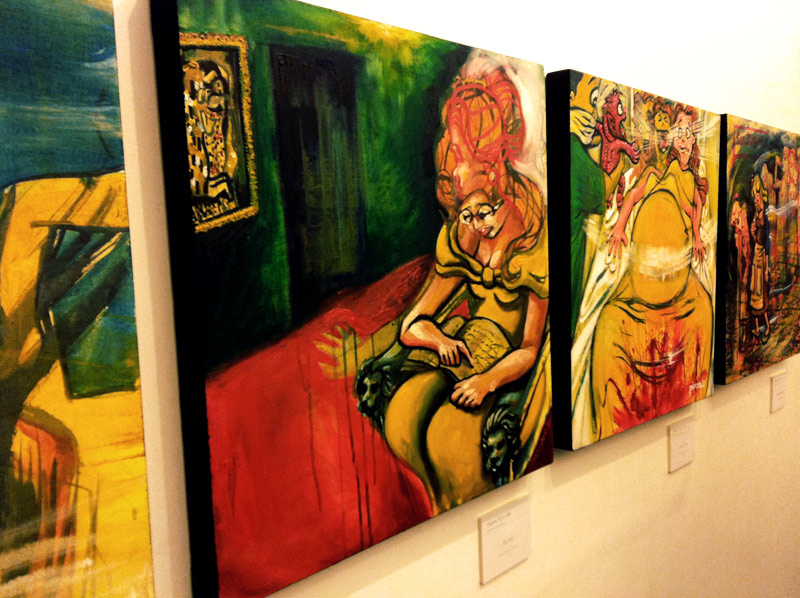 And They Lived Happily Never After

They say artists—painters, photographers, writers, thespians and the like—have to be a little bit crazy to come up with the best works. I won’t argue with that. As a writer-slash-other-job-descriptions, I find solace with fellow offbeat friends who don’t really fit in the cookie cutter world. One of them is Paolo Icasas.

Back in our high school alma mater, Colegio San Agustin, Paolo’s oil pastel creations were always pinned with contest winner ribbons or A+ grades from our art teachers. When he graduated with a Fine Arts degree from the University of Santo Tomas and established the retro/pop t-shirt brands Happy Days and Maya, I was more than happy to see him making a living out of what he loves—which is difficult for struggling artists in a third world country like the Philippines.

But artistic genius shouldn’t be limited to just retail and mass branding. It would be a waste if he didn’t express the inner struggles and subconscious feelings that artists are made of. When he told me last year that’s he’s finally coming up with his first one-man show in 2011, I was excited for him. 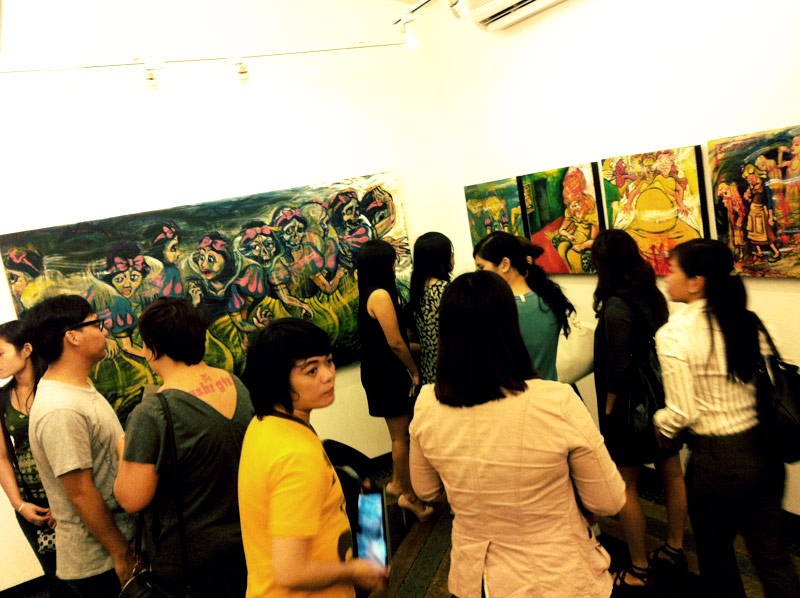 “Happily Never After: The Picasas Exhibit” opened its doors on Monday, November 21 at Arts In The City, Bonifacio Global City. Although it was received with optimistic vibes, the journey wasn’t always smooth. I witnessed my friend go through bouts of emotions and frustrations, often locking himself up in his third floor studio, which I would jokingly refer to as his secret tower in reference to Rapunzel.

Speaking of fairy tales, Paolo’s collection revolves around fairy tale characters, only this time you won’t see the magical Disney moments that you loved as a child. Since art is in the eye of the beholder, I’ll spare you the formal press release quotes and delve straight into my amateur interpretation of his paintings. 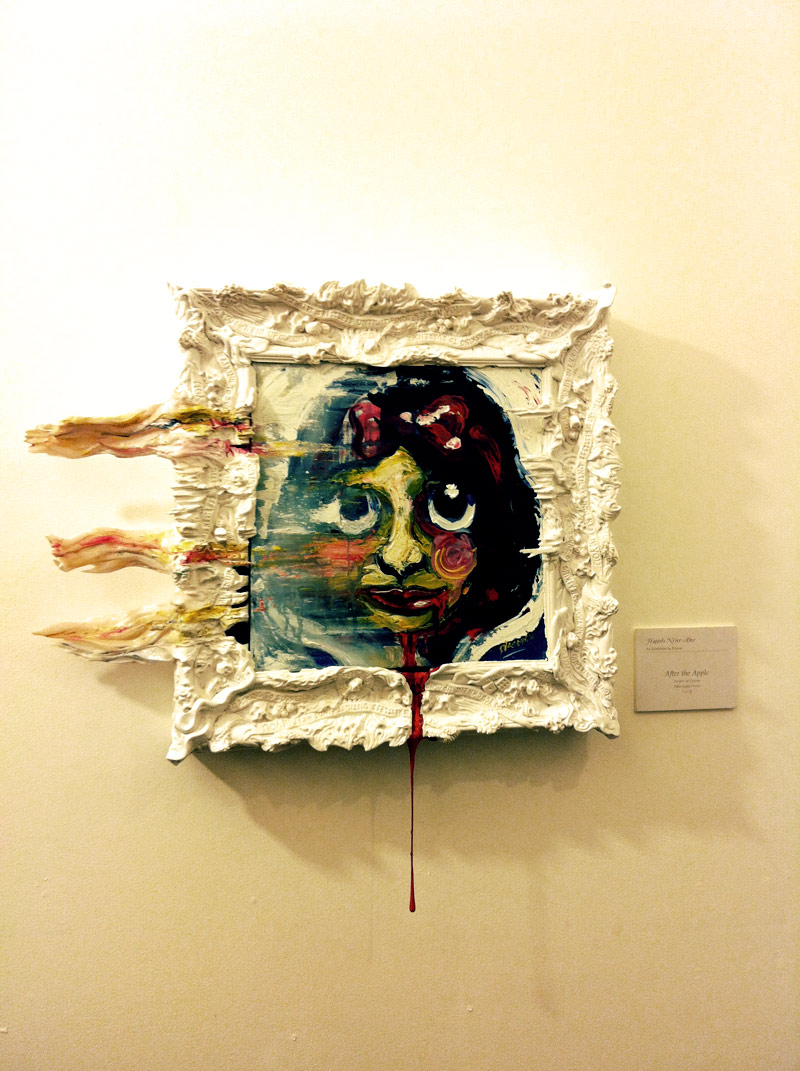 Before he even put the final touches to his works, I saw a jaded mockery of love and life. I saw dark struggles between the past and present, in the form of ghosts, motions and shadows haunting the supposed fairy tale characters depicted in the paintings. But as a child at heart and a fan of Disney stories, I found no offense. It just piqued my own real-life issues that I would often suppress with hopes—or society dictates—of a fairytale ending.

That’s just me. Now I urge you to drop by the exhibit and tell me what you see.