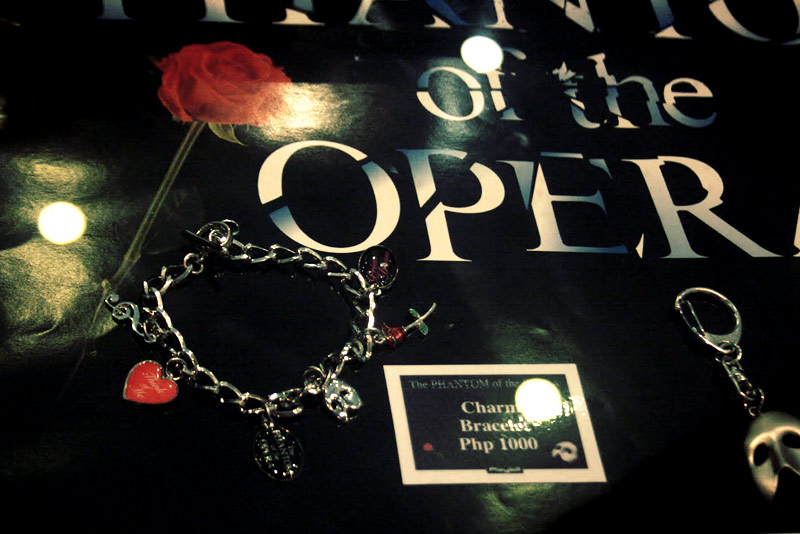 Quirk of the Month: Phantom Souvenirs

I’ve tried to tame down my tendency to hoard cartoon character trinkets and cheaper-by-the-dozen souvenirs whenever I visit theme parks or tourist destinations, but I’m successful only half the time.

Plays and musicals are no exception to my souvenir obsession. I still have my Spring Awakening playbill autographed by Jonathan Groff and the rest of the cast, a Rock of Ages button, Mamma Mia! gym shorts, and other overpriced souvenirs. 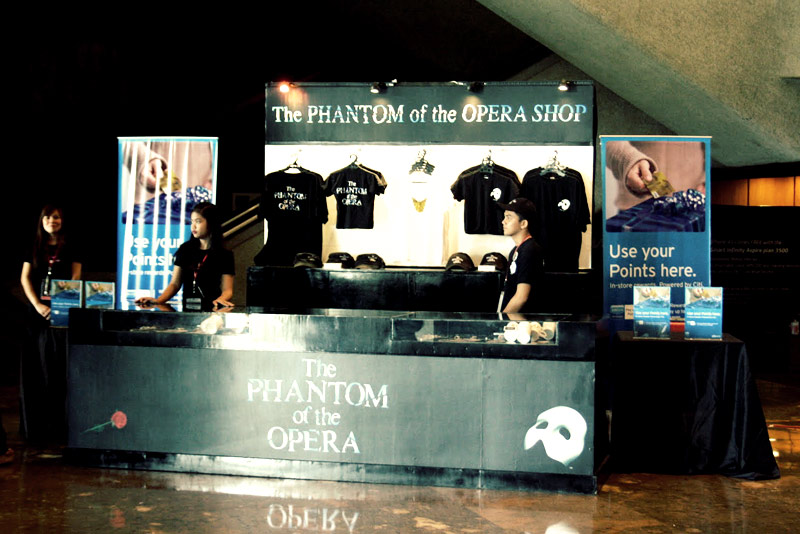 As a member of the press, I’ve met the cast of Phantom of the Opera in Manila several times—during the first official press conference on August 13, the technical dress rehearsal on August 24, the press preview on August 28, and gala night on August 30. Who’s to complain? I’m a big fan of musicals!

The organizers behind Phantom in Manila gave me a number of souvenirs to add to my collection—a plush monkey with cymbals (in reference to the Phantom’s monkey music box), a Phantom shirt, the playbill, and the Phantom of the Opera at the Royal Albert Hall 25th Anniversary commemorative CD. Thank you, Concertus Manila! 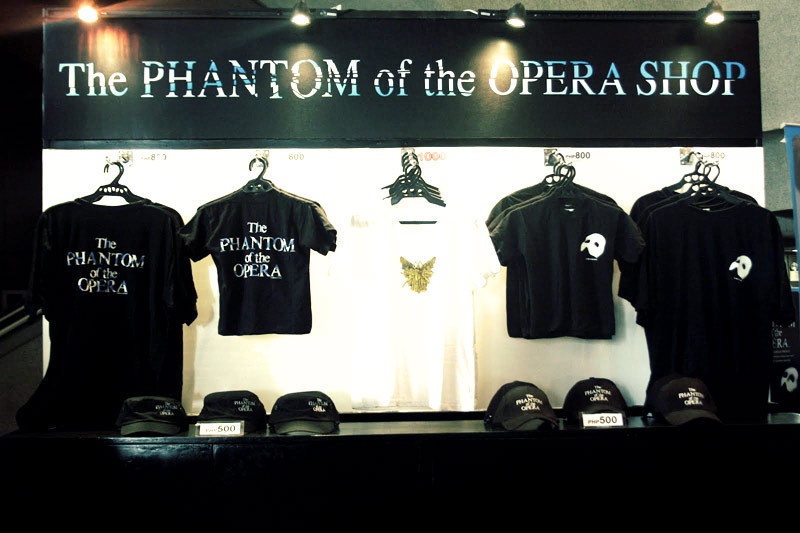 But wait, there’s more! The souvenir stand at CCP, a.k.a. The Phantom Shop, boasts of other irresistible loot, such as the charm bracelet and enamel key ring—all Phantom-themed, of course! Take your pick from the inventory below. 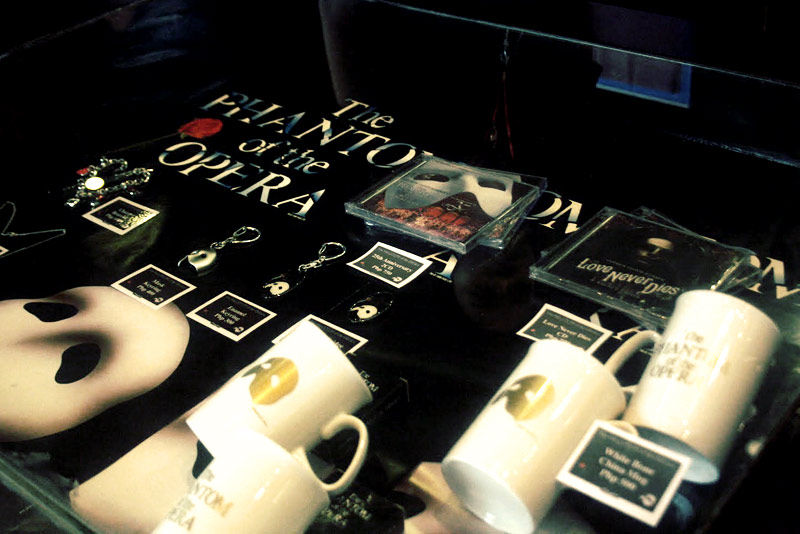 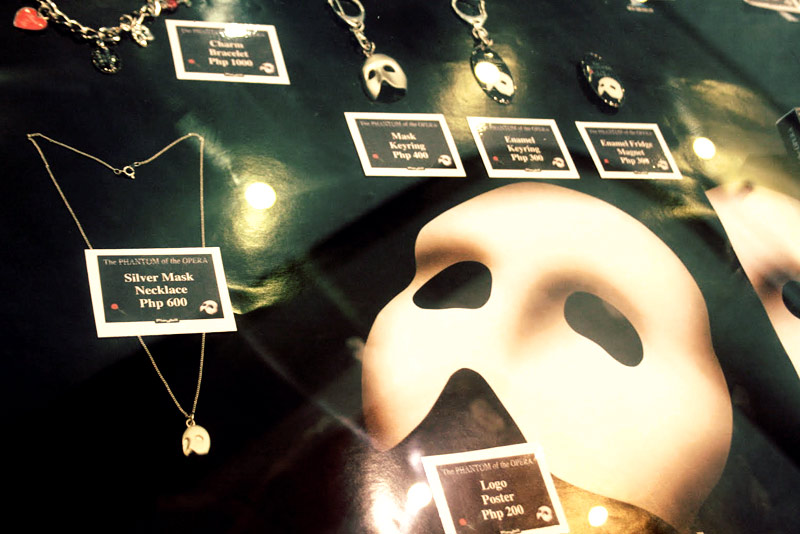 All souvenirs are sold at the lobby of the CCP Main Theater. I have my eye on the silver mask necklace, which I plan to purchase after catching the show one last time with my family on September 13.

Students can avail of a discount exclusively for seats at Balcony 1 and 2 throughout the season. Family packages offer 40% discount on your 3rd and 4th tickets.