Looking For The Little Prince

In her broken English, our gregarious Korean tour guide, Mickey, explained that we were entering La Petite France, a park where the famous Korean TV drama, Secret Garden, was filmed.

We were given less than an hour (one of the drawbacks of booking a tightly scheduled group tour) to explore the place, so we quickly visited as many shops as we could. It’s too bad we were there on the week of the Chinese New Year, so there were no live performances and many shops were closed.

As I snarled at what I thought was another tourist trap, I realized this place was more than just a Francophile’s spot—it was actually a destination dedicated to novelist/ aviator Antoine de Saint-Exupéry’s award-winning work, The Little Prince. Posters and statues of The Little Prince characters were peppered around the park, but did anyone really notice? My fellow visitors that day were more enthralled at the vintage dolls in the antique shops than the life-size versions of the book’s characters. Couples seemed to pay more attention to the colorful European houses and coffee shops than looking for asteroid B-612, the fictional prince’s home planet. 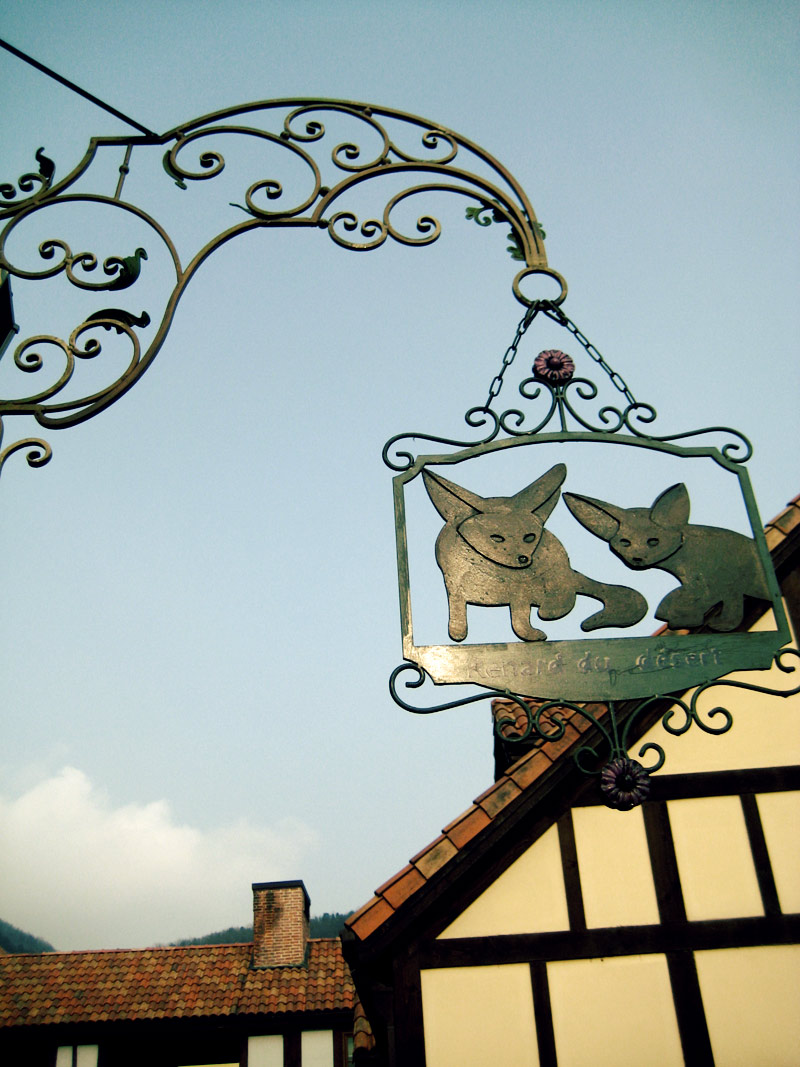 I remember reading the story of the wise prince who fell to the earth via a tiny asteroid. My high school English teacher helped me understand how this 1943 children’s book actually speaks more to an adult audience, especially those who are too caught up with “grownup” ideals. Who could forget classic philosophical quotes such as, “It is only with the heart that one can see rightly; what is essential is invisible to the eye.”

The management themselves seem to be forgetting the essence of Antoine de Saint-Exupéry’s story. Except for St. Exupéry’s Memorial Hall, the entire park barely touches on the importance of The Little Prince in literature. The front page of the park map may have an anime version (far from the original watercolor illustration) of the prince, but the main copy reads, “Petite France, a small French culture village in Korea, is a place where children start to dream as they grow. Look, enjoy and experience various European cultures including France at this one and only French Theme Park in Korea.”

Where is the mysterious rose character that grew on the asteroid’s surface, or any symbolism of the narrator/ pilot’s life? What do the puppet and marionette performances have to do with the prince’s travels and lessons? Has the true essence of The Little Prince been misplaced in this European wonderland?

If yes, then La Petite France is, as I initially thought, just another tourist trap.