When the first Charlie Brown Café opened in 2009, it had a lot of promise. As the first Peanuts-themed café in the world, it piqued the interest of the older generation who grew up loving Charlie Brown, Snoopy, Woodstock and the rest of the gang.

But is it all just hype? I visited Singapor’s Orchard branch in 2011 and Korea’s Incheon Airport branch in February this year. My experiences were similar—hardly any customers in the middle of the day, not even café dorks (such as myself) nursing a cup of coffee while glued to their MacBooks. The smiling faces of Charlie and the Peanuts gang were plastered all over the café, but were they enough to cover up the gloomy, empty tables? 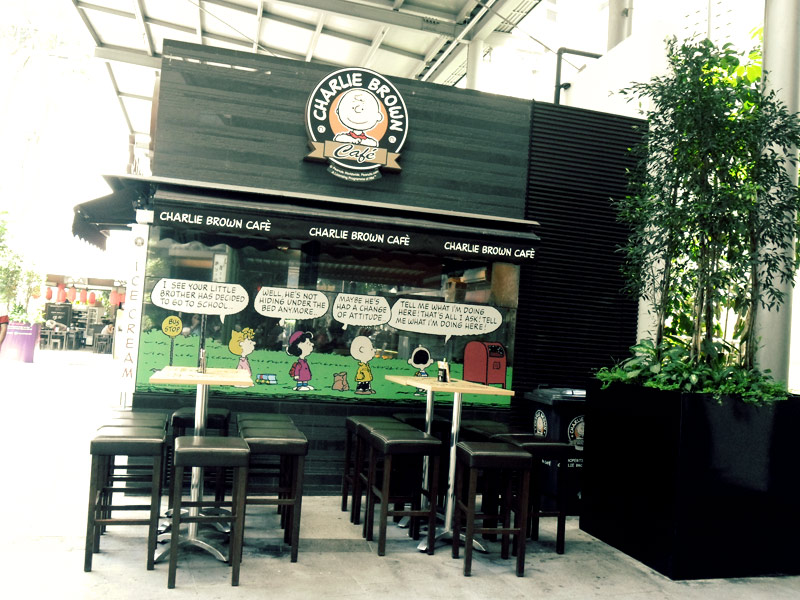 As a fan of Charles M. Schulz’s beloved comic strip characters, I could imagine Charlie Brown sitting in a corner, sighing and saying, “Good grief!”

Reviews on Yelp and the like have been below average, with people commenting that there’s nothing spectacular about the coffee and pastries served at the Charlie Brown Café. I badly wanted to disagree, but the critics have a point. 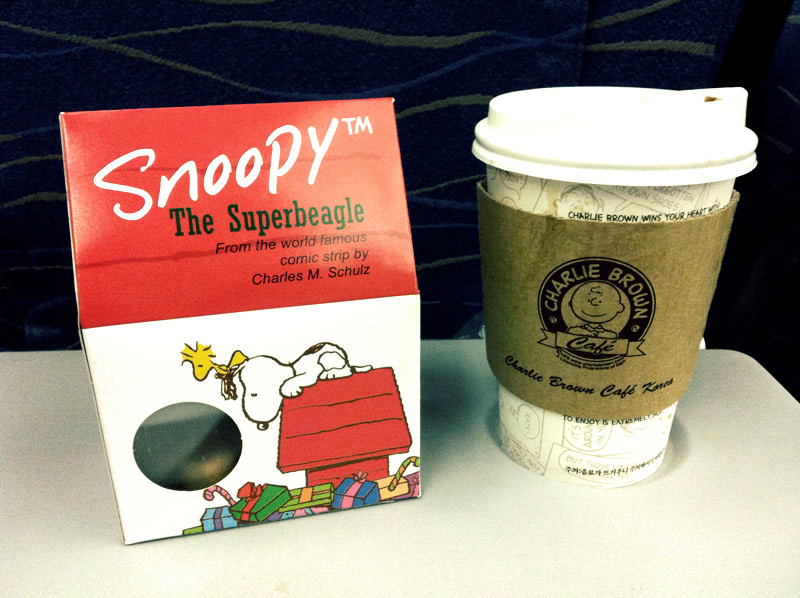 I bought a cup of café mocha and a box of cookies from my recent trip, and although the 1950s packaging ignited some childhood nostalgia of “Happiness” and psychological banter from the Peanuts gang, I was disappointed at the average taste and pricey tag of their café fare.

But I’m not giving up on Charlie Brown. The marketing folks behind the classic brand seem to be working hard on reintroducing the gang to the younger generation and rekindling the flame with longtime fans. Apparel shops such as Uniqlo and Cotton On have been busy selling Peanuts shirts and bags. The iPhone app, Snoopy’s Street Fair, is still making decent money, while the musical You’re A Good Man, Charlie Brown is still being staged by small theater groups globally.

Netizens have also been busy giving their mixed reactions to 20th Century Fox’s sneak peek of Peanuts, a 3D and CGI remake of our beloved comic strip, which will be released in theaters in 2015.

Although I’m on the fence with seeing the 3D-fication of Snoopy, I’d still go back to the Charlie Brown Café. An updated marketing strategy, perhaps?