No to Love Locks

The first time I saw love locks was in Guam back in 2010. Two Lovers’ Point in Tumon Bay paid tribute to two star-crossed lovers who died at the cliff. Couples enthralled by this Romeo and Juliet story would purchase padlocks at the souvenir shop, engrave their initials or other messages of undying love to each other, and seal it forever on the wire meshing.

Call me a Valentine’s Grinch, but I don’t buy into this romantic tradition. Looking at the piles of rusting locks that cling like barnacles on the meshing, I saw only one thing: a nuisance. 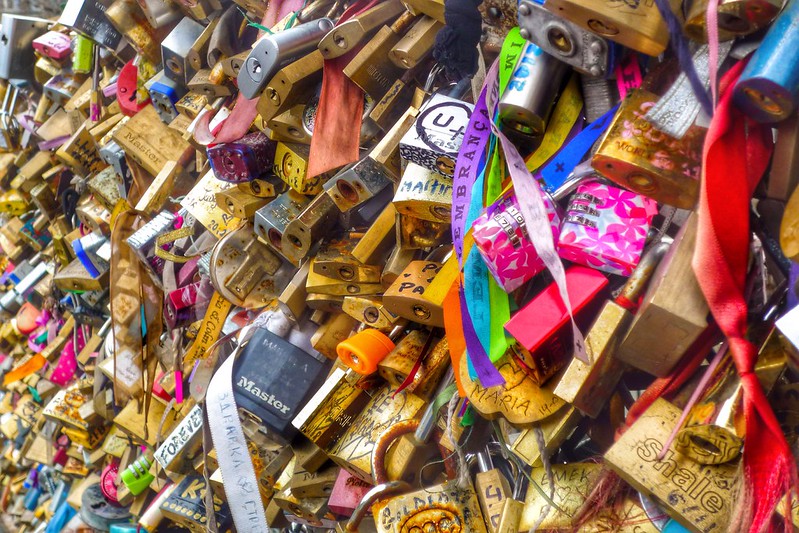 In other parts of the world, iconic bridges and other tourist spots are filled with padlocks. You’ll usually find a couple standing on Paris’ Pont des Arts, whispering vows of love to each other, etching their initials on a padlock, latching it onto the bridge meshing, and then tossing the key into the water.

Romantic? Not for the authorities who have to deal with a bridge that’s about to collapse under the weight of rusting padlocks. Last year, Paris authorities replaced Pont des Arts’ wire meshing with glass panels after a section of the bridged collapsed. The culprit? Some 54 tons of padlocks. New York’s Brooklyn Bridge is now decorated with garbage—bras, shoelaces, toys, and even tampons attached to the bridge as symbols of “love” aside from the usual padlocks. Don’t get me started on the thousands of rusting keys that were thrown into the water. 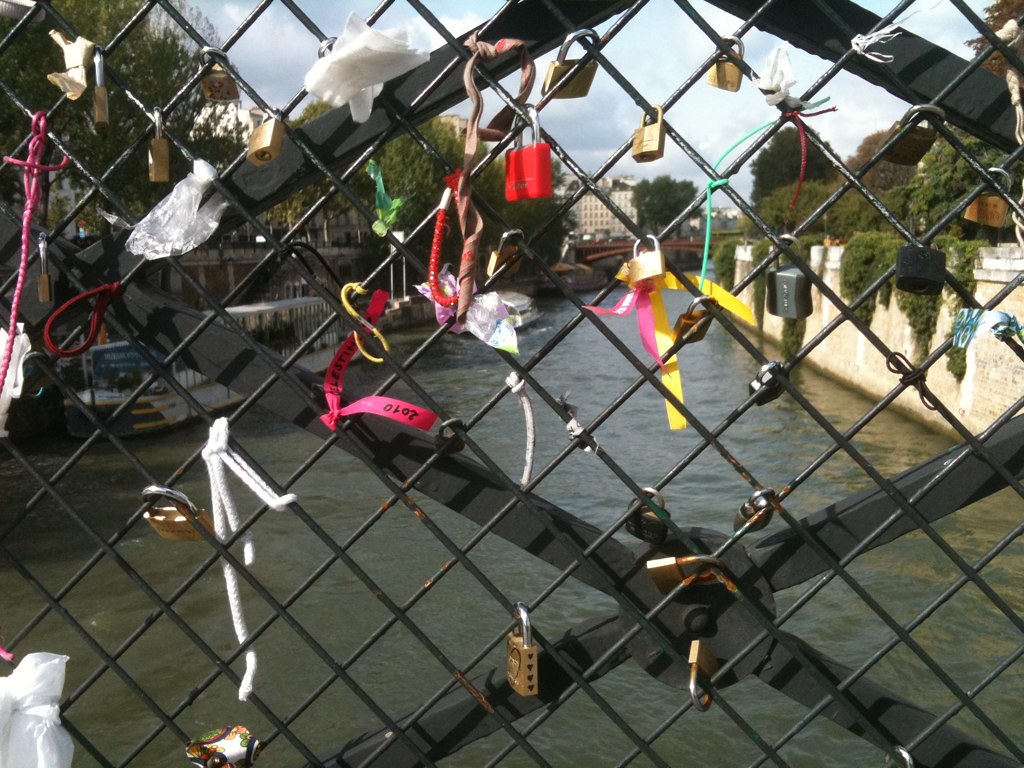 While many historians attribute the emergence of love locks to Europe’s romantic cities, it’s a global tourism practice. From Venice’s Rialto Bridge to Korea’s Nami Island, love locks are everywhere as long as there are starry-eyed couples looking for a way to declare their undying love. 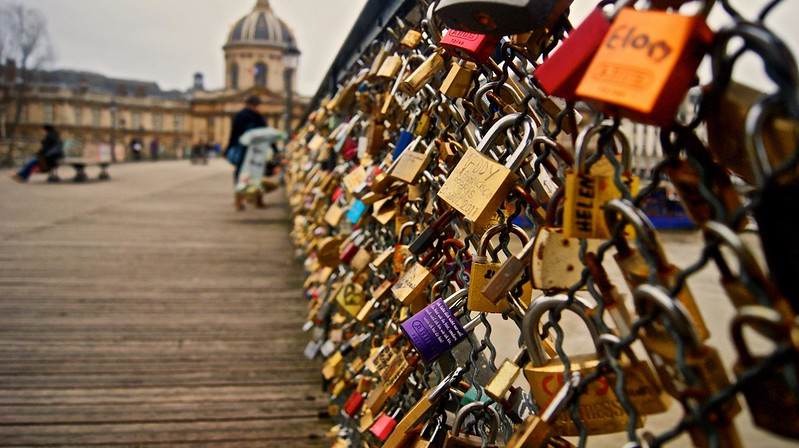 Each city has its own way of dealing with love lock hazards. Tourist-heavy locations such as Paris and Italy are cautious of turning away tourists with repressive rules, so they’re trying a more social approach: by posting Instagram campaign stickers on the popular bridges. They encourage couples to get a romantic selfie instead, with the hashtag #lovewithoutlocks.

Some places such as Chicago and Canberra are not as forgiving. To prevent unsightly vandalism and the possibility of falling locks injuring the boatmen below, they remove padlocks regularly without warning.

While the anti-lock campaign is growing, not many are happy about the crackdowns. Tourist areas such as Bamberg in Germany have left the locks to rust after public outrage at the intent to remove them. When a public bridge declares stricter rules against padlocks, couples simply migrate to other bridges.

Environmentalists and proactive writers are trying to influence couples to find alternative ways to declare their love, such as planting trees or taking selfies. But just like your classic Romeo and Juliet story, lovers will always find a way no matter how reckless the outcome.

What’s your take on love locks? Yay or Nay?