McDonald’s announced their new lineup of Happy Meal toys last December to hype up the January 2016 release of The Peanuts Movie. Although this CG-animated, 3G version of Charles M. Schulz’s classic started screening in the US as early as October, it arrived late in Manila. As Charlie Brown would put it, “Good grief!”

But hey, there’s a sweet Peanuts set that screamed my name as soon as it was displayed in McDonald’s. It reminded me of my childhood in Vallejo, California. My sister and I had Happy Meals every week just to complete the 1989 Peanuts farm set that came with a punch-out cardboard box that could be transformed into a farmhouse. Those were the days!

Let’s not forget that I love all things Snoopy. Remember when my sister threw me a Peanuts-themed party back in 2014? 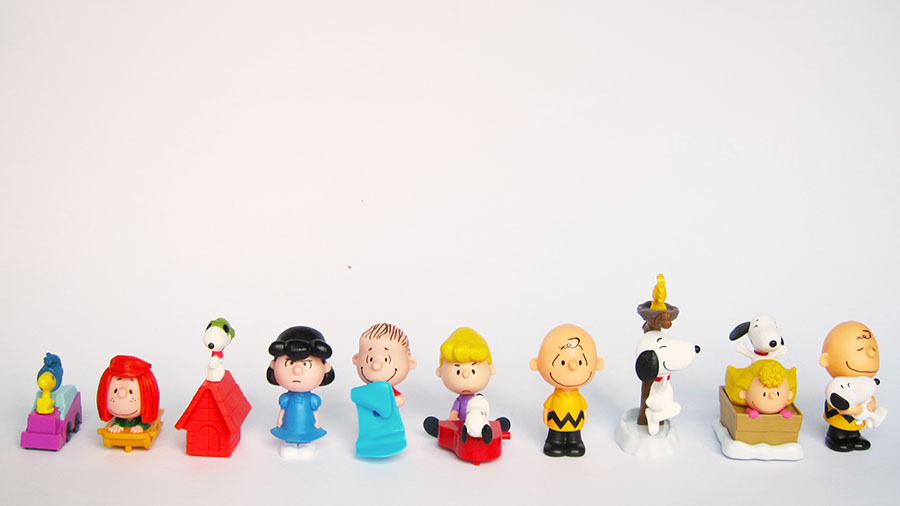 For this new set, I vowed I would happily eat 10 Happy Meals in one go just to complete the entire Peanuts gang. I remember when Mcdo released the Minions collection and there was an immediate shortage of toys when all the kids and grownups hoarded on the first week. People resorted to signing reservation forms or looking for obscure branches of McDonald’s in provinces just to complete their Minions.

As for me, I charmed my mother into having a Happy Meal feast with me on the first day the Peanuts toys were released. We ordered a total of nine Happy Meals in one day—only nine because Schroeder was sold out by mid-afternoon! I went back for my missing Schroeder two days later. I probably gained 10 lbs. in the process.