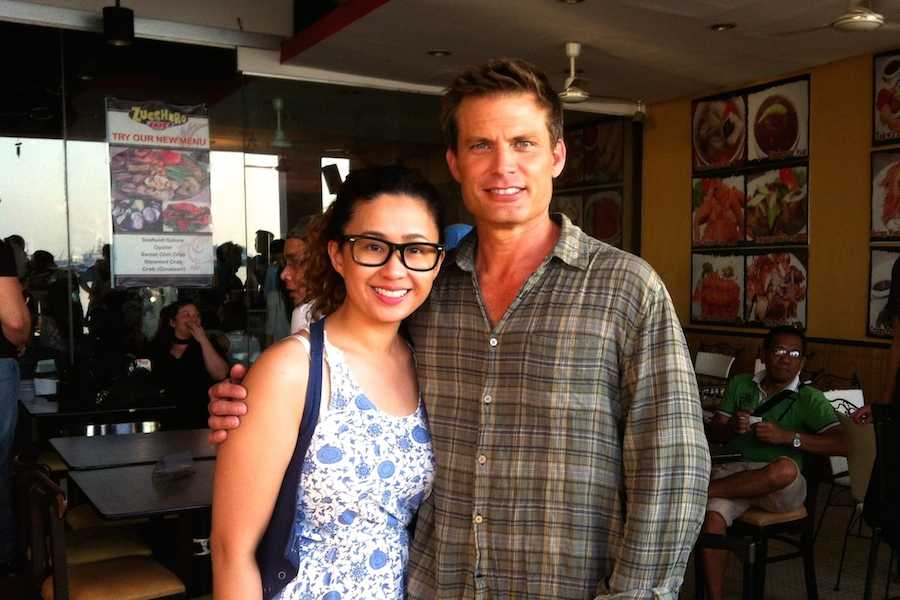 How I Landed a Hollywood Indie Movie Role

As a model and indie actress, I go to dozens of VTRs and auditions every month. Rejection is part of the craft. I’ve learned from years of experience and lessons from fellow actors that rejections will outnumber acceptance calls. You attend the casting, do your best at that moment, and then go home and shake it off. You try your best not to pine over every casting call you attend, but keep auditioning until you land projects, which is what I’ve been doing for years.

[Read: Tips For Your First VTR]

Last year I went to the most unforgettable audition of my life so far. My indie film agent Peregrine Management told me that there’s a Fil-Am Hollywood director in town to scout for Filipino talents for his movie. I thought it was a shot in the dark, but I went to the audition anyway.

When I arrived, I was #60 among hundreds of people in line. I saw a lot of familiar faces—mostly seasoned indie and theater actors with dozens of film credits under their belt.

After I filled up the form and got my number, I figured I wouldn’t be called for an hour or two. Instead of staring at the wall for hours while waiting for my number to be called, I left the venue to finish some errands at the mall. First on my list was to pick up the mountaineering gear I borrowed from a friend. I was scheduled to climb Mt. Pulag that week.

I lost track of time and thanks to Makati traffic, I returned to the audition three hours later. After parking, I ran to the venue, panicking, thinking I was too late. My agent said as soon as he saw me, “Ikaw na next (You’re next)!”

As I waited by the door, I realized I left my friend’s mountaineering gear in the public bathroom of Greenbelt Mall. I panicked like hell and cursed my forgetful self! In my mind I was dying to go back to the mall to look for the gear.

Then it was my turn at the casting room. They forgot to give me a script earlier. Inside I met Mark Dacascos of Iron Chef America and Hawaii Five-0. He introduced himself and the rest of the production team. He was in Manila to work on his directorial debut. I took a deep breath and brushed off the nerves.

He asked me what role I wanted to try out for. I replied, “Kiki,” referring to one of the main characters listed outside the venue. She was the Michelle Rodriguez type—angst-y, fierce, and had just finished a stint in rehab.

Mark looked at me, shook his head, and said, “I think you’re more of a Zoya.” He explained her character—an 18-year-old bike messenger who snitches on Kiki. Zoya is the daughter of the lead character’s friend.

I looked at the script for a few minutes and said, “Okay, I’m ready.” Mark’s father, Al Dacascos, MMA champ and Hollywood fight choreographer, did the scenes with me.

After my audition, Mark said, “Do you know who Brittany Murphy is? I worked with her before and you know, you remind me of her—your acting and your quirks.”

“Wow, thanks! I love Brittany Murphy,” I replied. I told myself that even if I don’t get this role, that flattering comment is enough to get me going in this unpredictable industry.

After my audition, I ran back to my car, drove like mad back to Greenbelt, and pestered the bathroom lady if she found my mountaineering gear. Thank God she found it.

Days later, I found out I got the role of Zoya. I was so happy!

My shooting schedule was the day after my Mt. Pulag trip, so without any sleep from my mountain climb the day before, I arrived on location at 7 a.m.

I was such a happy trooper as I interacted with director Mark Dacascos, lead actors Casper Van Dien (Starship Troopers) and Alexander Nevsky (Moscow Heat), and the rest of the production crew from Russia, US, and the Philippines. They were very professional—finishing on time or earlier, and getting the scenes done in just a few takes. The Hollywood celebs didn’t have any diva bone in their body.

Showdown in Manila premiered in Russia in February this year, and sadly I haven’t heard of any final plans to show it in Manila.

This is one story I will tell my grandchildren over and over again.