After months of keeping this under wraps, we’re

Want a closer look at the 2022 Navi: Your Life Nav

Please give the poodle a treat. 🍩

If you’re wondering what happened to #GirlTalkPH

Woohoo, party for one! Sorry, I’m not sharing. H

Behind-the-scenes with #SpotifyPH 🎧 Agent: @re 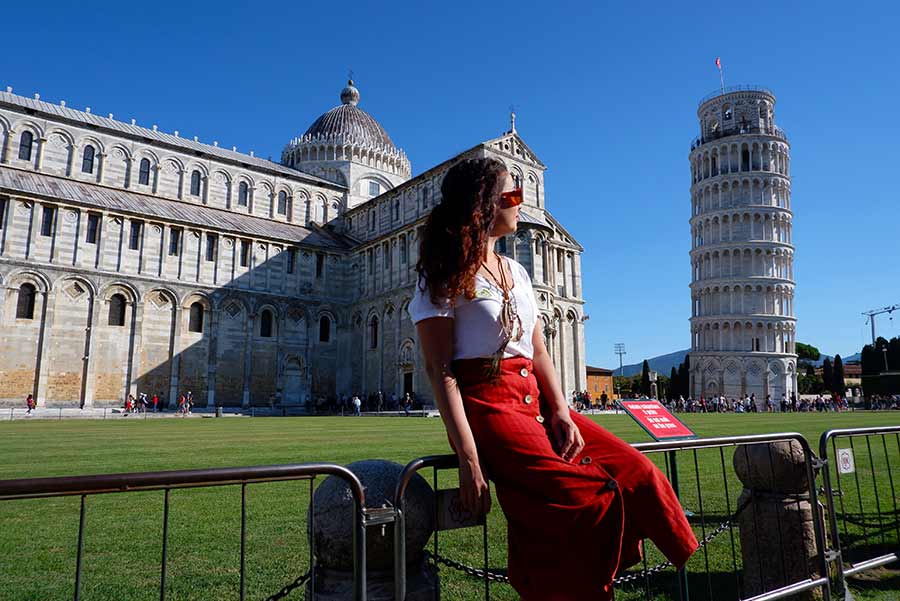 Kate was here in Pisa, Italy.

The embassy gave me only up to 30 days to legally stay in Europe last year. I was bummed, because I was hoping for the maximum 90-day tourist Schengen visa. Travel agents assured me this is normal, especially since I’m a single female tourist (and third-world Asian!) heading to Europe for the first time.

My goal was to visit as many countries and cities as possible. When I showed my itinerary draft to my European friend Martina, she told me I was crazy! Maybe I was. But you need to understand: I had been dreaming of this adventure since my teens.

Backpackers told me it was impossible to see all those countries and cities I wanted in 30 days. “You’re going to die!” Martina said with a laugh. I replied, “I’m superwoman! I don’t care if I don’t sleep, for as long as I tick everything off my list. I’ll sleep when I return to the Philippines!”

I eventually calmed down and reconsidered. I (begrudgingly) removed Eastern Europe from my list (I’ll go back another time), plus several other cities.

I chose to stay longest in Italy—6 nights and 7 days. With prepaid plans and a few last-minute changes, here is how I ended up exploring 6 Italian cities in 7 days:

Took a Ryan Air flight (super delayed with no apologies) from Greece to Italy. From Rome Ciampino Airport, I took a bus to Roma Termini Station, where my Italy-based cousin was waiting for me. We had dinner at the station before taking a taxi to Hotel Cilicia, which I realized was too far from the city center. Booked a Tuscany day tour via Headout (for day 4) because my cousin said I was crazy (Hi, Tes!) to think that I could DIY the Tuscany trip.

Day 2: Rome
Ditched the organized walking tour so that I could do errands like laundry and buy a trolley because my backpack was getting too heavy. Walked around Rome with my cousin. Ate gelatos like there was no tomorrow. Packed for Florence.

Day 3: Florence
Said ciao to my cousin. Rome to Florence via Tren Italia. Arrived lunch time. Took the La Bussola free walking tour at 3-5:30pm. Walked the rest of the day because I couldn’t figure out Florence’s complicated public transport system. Was dead tired by dinnertime, so I bought food from the grocery and ate in the apartment.

Day 5: Venice
Italo Train from Florence to Mestre, Venice. Checked in at Anda Hostel. Took a nap. Took a train from Mestre to Venice Island and explored it at night.

Day 6: Venice Island
Explored Venice Island all day in the rain. Went back to my hostel at 11pm and packed for the next country. Tried to sleep, but my head was buzzing, so I rolled around the bunk bed until my alarm went off at 4am.

Day 7: Venice to Berlin
Checked out of the hostel at 4:45am and dragged my backpack to the station 10 minutes away. Took the ATVO bus to Marco Polo Airport in Venice. Hopped on an Easy Jet flight to Berlin, Germany, where Martina was waiting for me.

When I arrived, I told her:

At this point, I had already lost 7 lbs. from all the walking and exploring. My appetite quadrupled, but I was walking 10,000-20,000 steps a day (according to my iphone’s Health app).

1. You can’t see everything in one go. I already took out Sicily, Verona, and several other locations from my plans, but cramped 6 Italian cities in 7 days. I was dead tired as early as Athens (the stop before Italy). Next time I return to Europe, I will focus on only one city a week.

2. It’s okay to book an organized tour. As a solo female backpacker, I’m proud of my ability to DIY everything. But for the Tuscany leg (see day 4), I’m glad I joined the bus tour that took me to three places in one day. Had I tried to DIY, it would have taken several days to complete the list. I was happy to meet many travelers from around the world (Hi, Giselle and family!) who paid for the same tour. The €75 ticket was also worth it; it came with wine tasting and lunch at a Tuscany vineyard, an air-conditioned bus with charging sockets, and an English-speaking tour guide.

3. Losing weight is fast when you walk and run. Forget about diet fads. I ate triple what I used to eat, but unintentionally lost 7 lbs. in this 30-day trip because of all the walking. Of course, it’s hard to maintain the 10,000+ steps a day back in Manila!

What’s your craziest travel itinerary? Share your stories below.

Welcome to KateWasHere.com, the travel and lifestyle blog of Kate Alvarez, a flashpacking geriatric millennial from the Philippines.