Boan 84: Where Coffee is Medicine

Tucked along Bao’an Street in Datong District, Boan 84 often makes it to top 10 café listicles in Taipei. But it’s not like those modern hip cafés begging to be Instagrammed.

The building is a former traditional Chinese medicine clinic—Shuntian Surgical Hospital, to be exact. Boan 84 kept most of its original structure made in 1912.

The building façade has that “Old Taipei” look, and it took me a while to find the café. Without any photo references, I didn’t realize that the old building I had already passed was the Boan 84. The steep single-flight staircase was also a sign that the building was made during an antiquated era.

You order on the first floor, and climb the extra steep stairs to get to the second floor, where you’ll pass the current art exhibition before finding the seating area.

In case you need to go to the toilet, make your way outside to the “ER Room” that’s extra creepy after sunset. I didn’t make it to the third floor because it was too dark (cue Alfred Hitchcock soundtrack) and I changed my mind after seeing yet another steep staircase.

The menu had a few food items, which means that they’re all about the coffee. Even if I was there during the peak hours of 5-7pm, there were hardly any people. It was a quiet escape from the city. 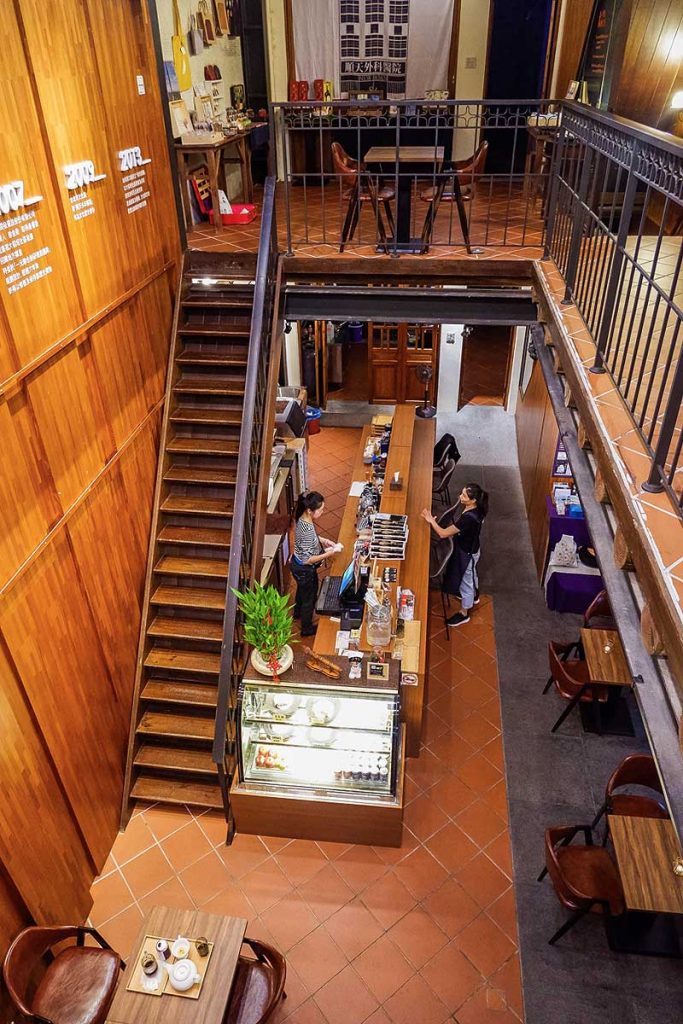 I enjoyed my cheesecake in peace. As for the coffee, I had been craving for the perfect brew that crowded designer cafés aren’t able to deliver. Boan 1984’s cup of latte was exactly what the doctor ordered for this weary traveler.