10 Things I Learned From My First Cessna Flight

A four-seat general aviation airplane, a Cessna 172 is usually flown by two pilots in front while accommodating a third person at the back during private flights. I was the third wheel—or third wing, if you prefer—on my first Cessna ride in May. I flew to Cebu with Captain Osmeña and Captain Kumar of Omni Aviation. We took off at Clark Field in Pampanga and made a long stopover at Kalibo Airport before heading to our final destination, Mactan International Airport. We took the same route back to Clark after our vacation.

To my friends who have been asking me about my Cessna experience, let me break it down for you: 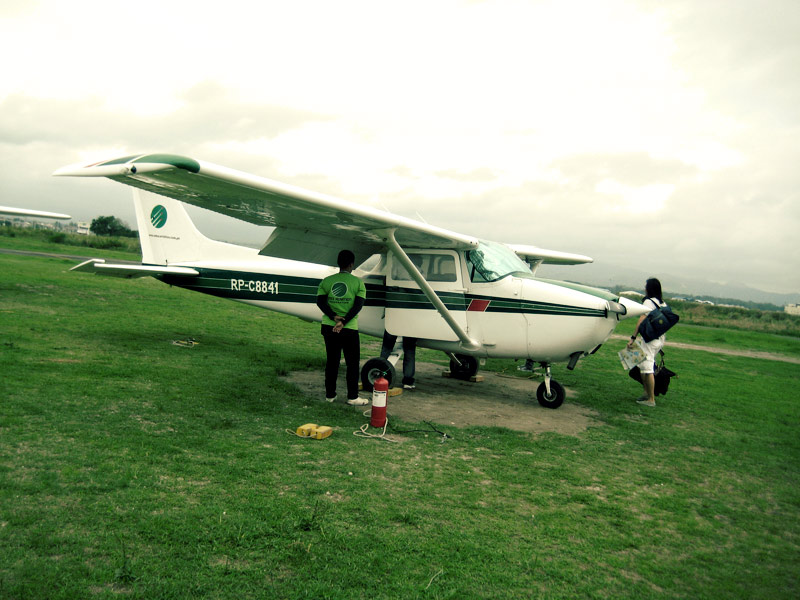 1. Riding a private plane is not that glamorous. Unlike commercial planes that have dozens of crewmembers, a Cessna’s pilots serve as the all-in-one crew. They check the engines before and after the flights. They push and park the planes after landing. They clean up the plane in between flights. There are no airport crews to assist private charters, so you are on your own. You carry your own luggage in and out of the plane. 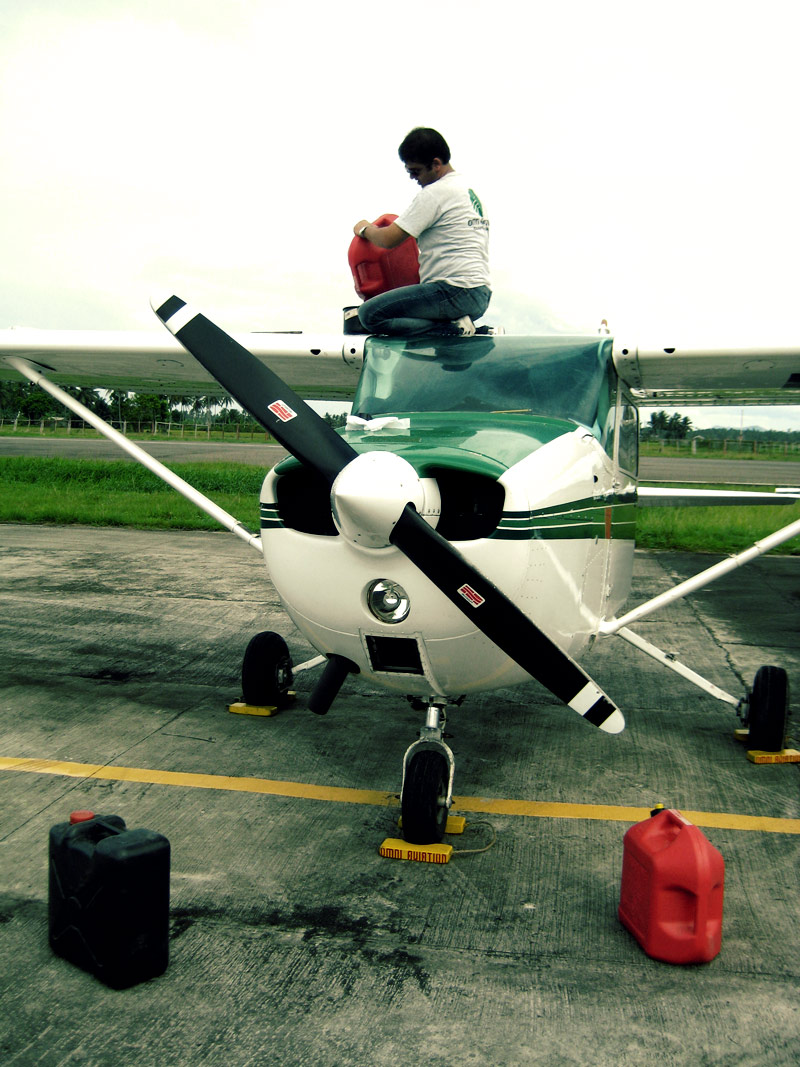 2. Refilling a Cessna’s tank is a tough job. Most local airports in the Philippines don’t have fueling stations for small private planes, so you have to do everything manually. The pilots carry the empty plastic containers to the nearest Petron gas station, fill them up with the Blaze fuel, and carry them back to the plane at the airport. Before filling up the tank with gas, they manually remove impure gas leftovers from the previous fueling. 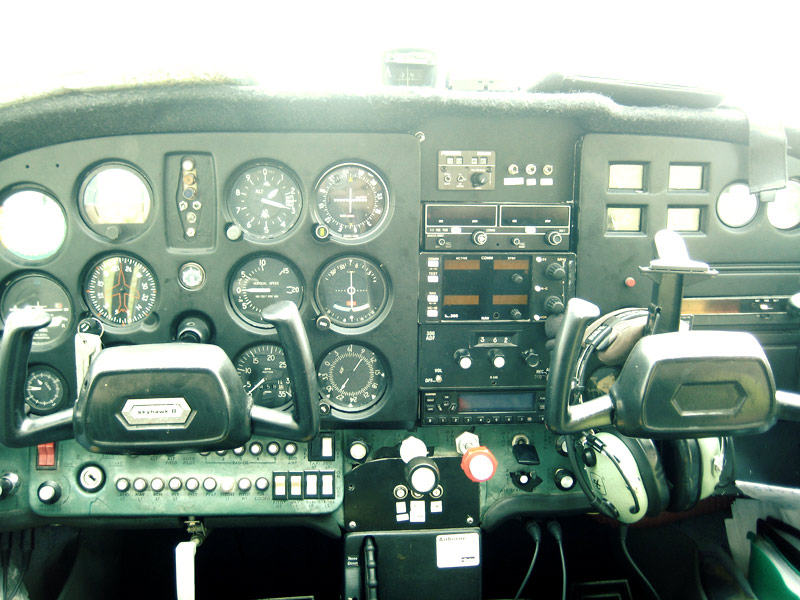 3. Flying logistics and red tape eat up most of the day. It takes longer to fly on a private plane than a commercial airline—much longer. 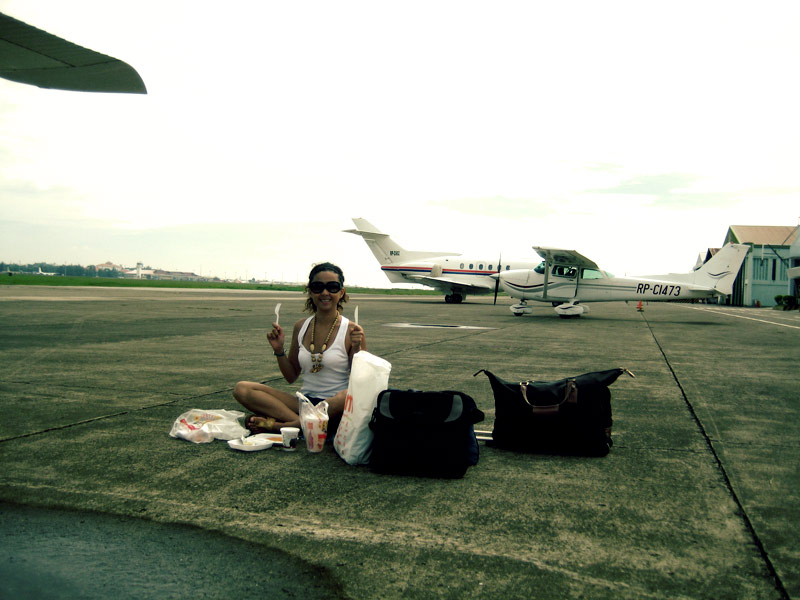 4. If you’re not a trained flight instructor or at least a pilot student, you are useless. There’s nothing much you can do to help the pilots except wait patiently at the sidelines and carry your own luggage. 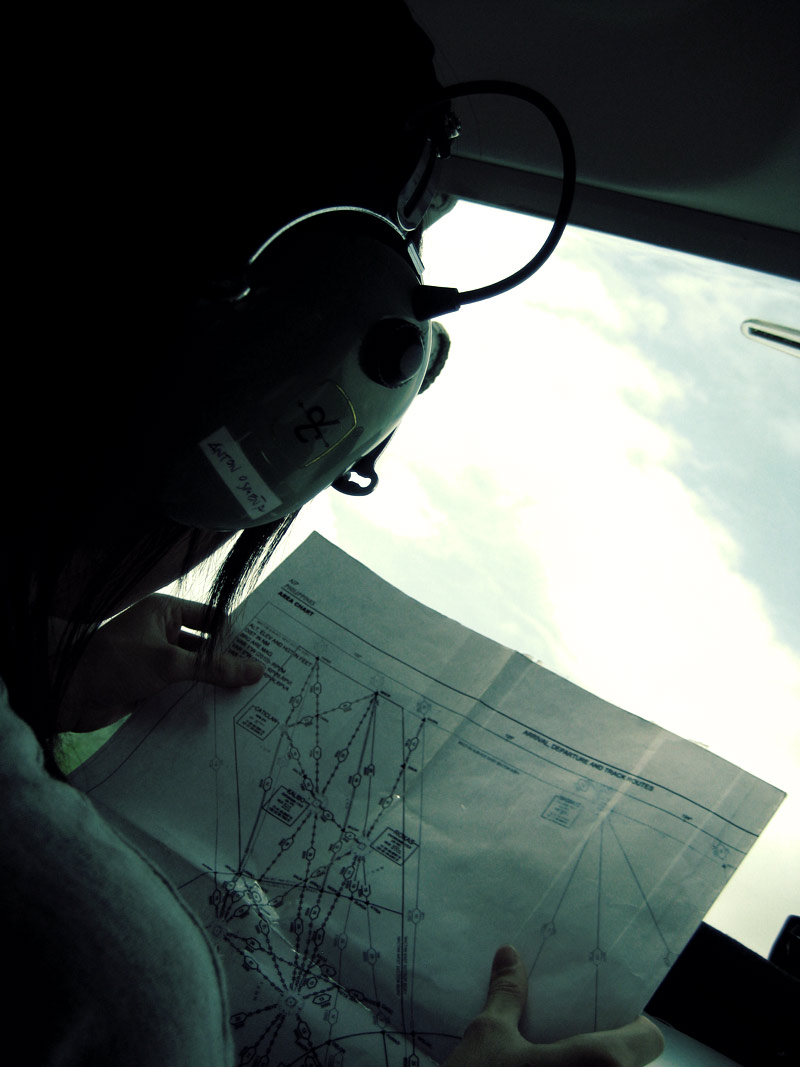 5. There is no in-flight entertainment. The engine is so loud that you have no choice but to put on the headset and listen to pilots speak in pilot lingo. You are free to butt in and ask questions. You are also free to doze off when they start talking about trigonometry. 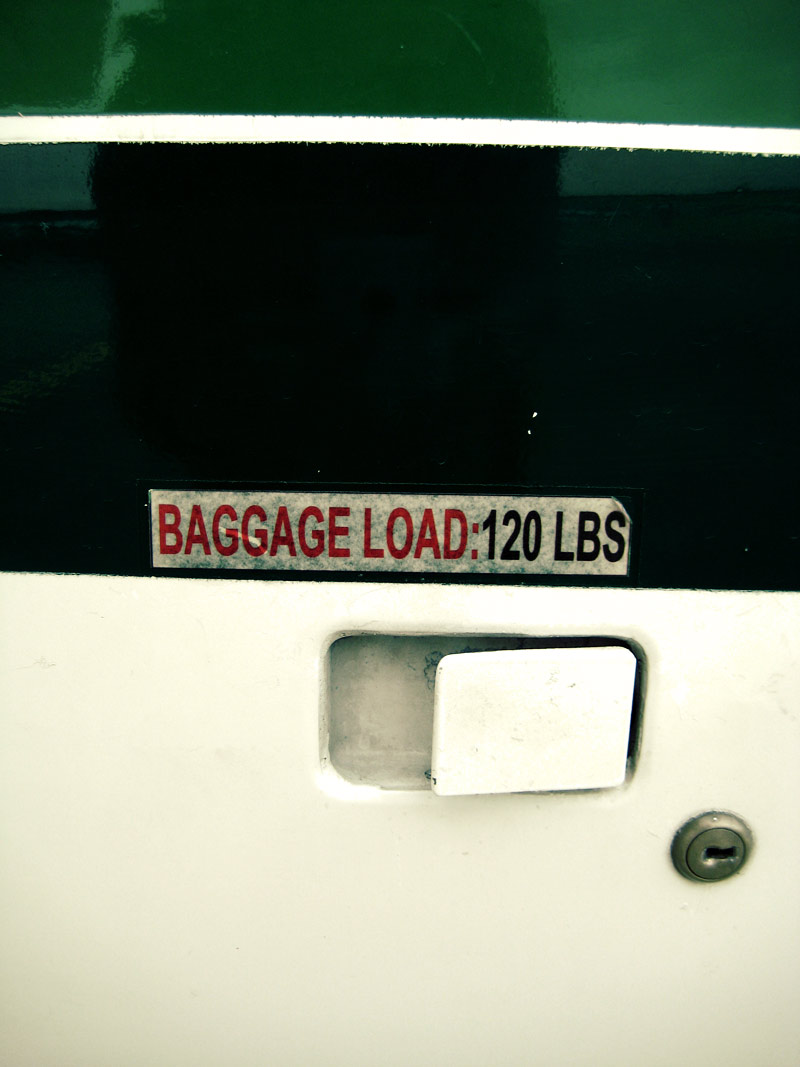 6. The security is more lax for private planes. You can pack almost anything in your luggage, as long as it’s within the allowable weight. We brought as many snacks and drinks as we wanted. I even tried tweeting and texting up in the air. Ssshhh! 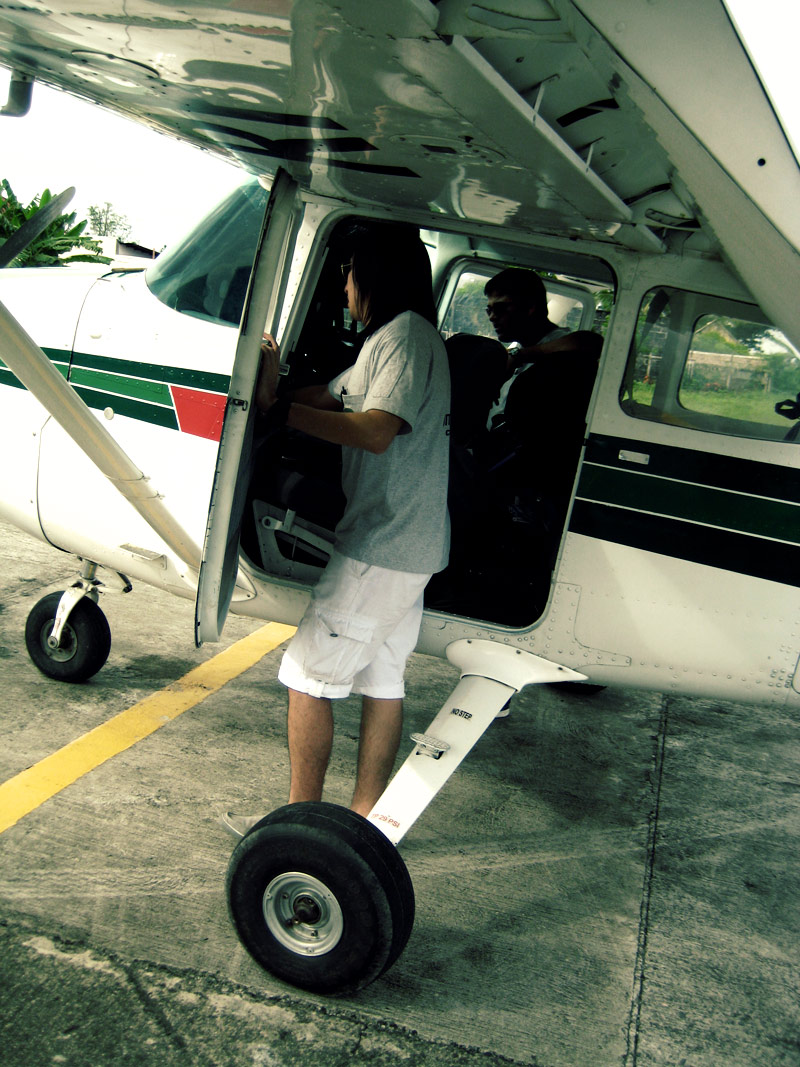 7. There’s a limited space inside the plane. You can’t stand up to stretch your legs. And since there is no lavatory onboard, make sure you take a long whizz before you fly. 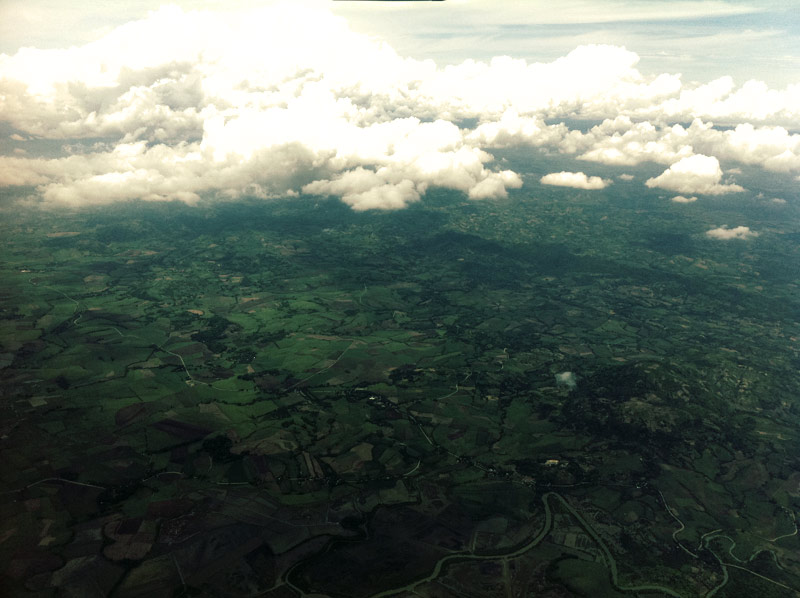 8. The smaller the plane, the more you will feel the air pockets, sudden drops and turns. Prepare a barf bag if you have a weak stomach. 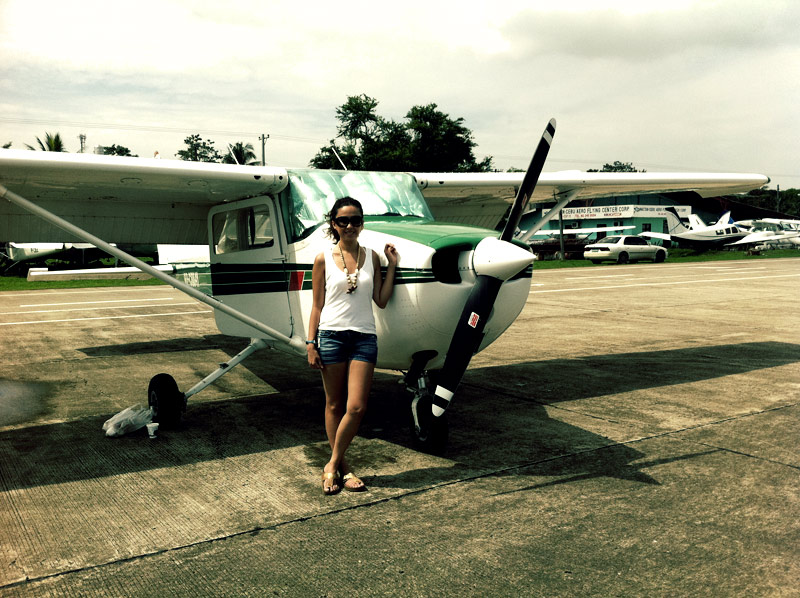 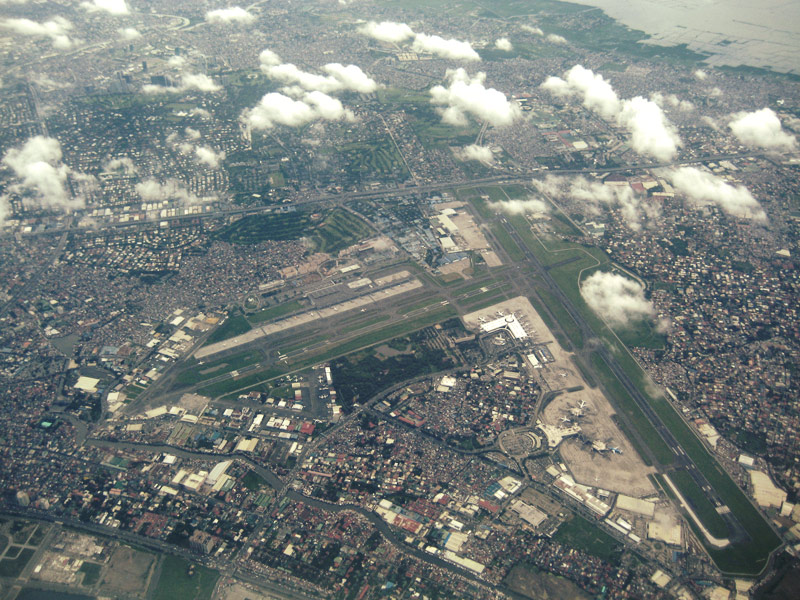 10. Once you get past these difficulties, you’ll realize it’s all worth it as soon as you’re up in the air. You will never see such breathtaking views if you’re riding commercial. A Cessna flight allows you see the most beautiful cloud formations, sunsets and topographical sights. I was able to see and recognize a number of Philippine provinces and landmarks from the sky. Check out my gallery in my next post.