Thanks to an invite from Enjoy Philippines, I attended the soft opening of the newest Korean BBQ restaurant in Greenbelt, Makati—Bulgogi Brothers. Under Bistro Group, the same company that operates Italianni’s, T.G.I. Friday’s and Flapjacks in the Philippines, Bulgogi Brothers opened its doors to its first set of customers—myself included—on September 8.

Since Filipinos love anything and everything “bottomless,” the restaurant’s complimentary side dishes and unlimited supply of hot tea make an appetizing welcome as you browse through the menu of bulgogi and other South Korean favorites.

My meat-loving companions were too lazy to grill their own bulgogi, so they ordered the galbijjim (braised short ribs). For pescepollotarians such as myself, there’s the dubu steak (fried crispy tofu with teriyaki sauce and bean sprouts) and haemul doenjang jjigae (soybean stew with assorted seafood and veggies). The verdict: two thumbs up! Early-bird foodies were spot-on when they raved about the menu’s authentic Korean taste. 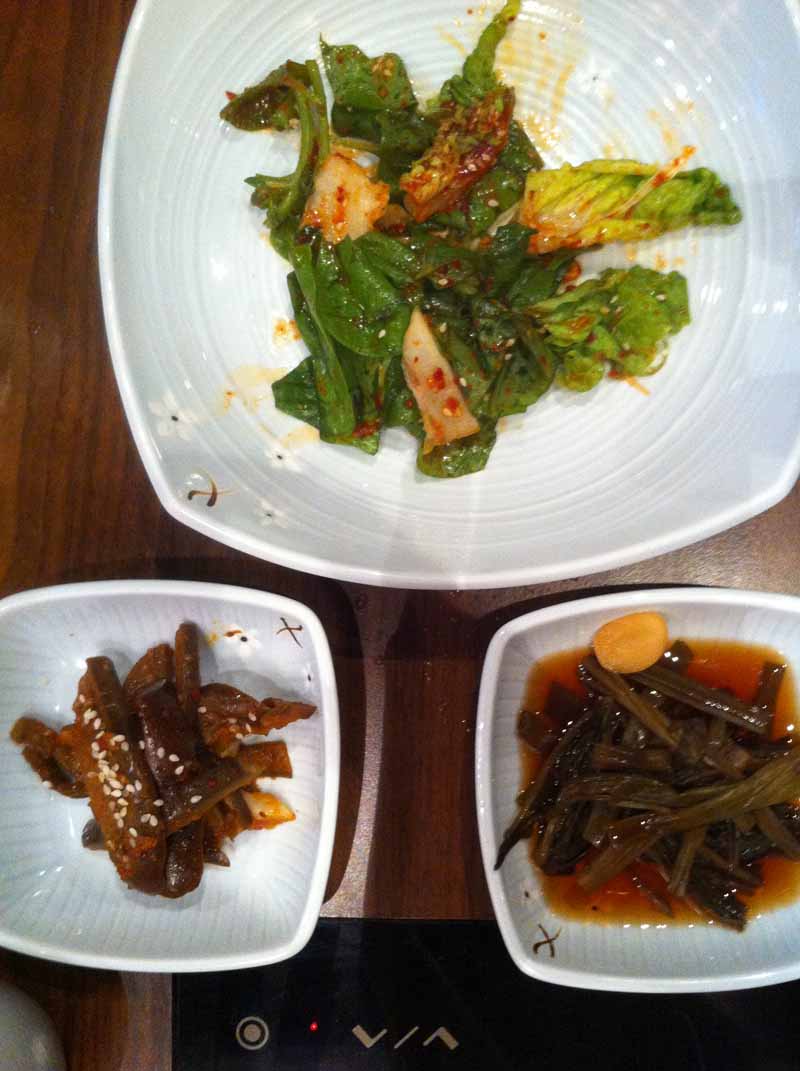 Don’t be intimidated by the price range; the portions are big enough to share with a family of 2-4. The menu’s photos don’t give the food justice; they are much bigger in person! As for the tongue-twister Korean dish names, just read the basic description on the menu or ask the waiters to explain what each dish is about.

And while you’re at it, order a glass of premium flavored tea or a bottle of wine as you get into the groove with K-Pop tracks played on surround sound and music videos shown on the elevated TV screens. Let’s just hope that the crew downloads a more extensive K-Pop selection. There’s only so much 2ne1 that a person can handle! Sandara Park’s hit chorus lines are still ringing in my head.