The Only Restaurant in Nunica

“Doesn’t it remind you of Merlotte’s Bar?” asked Mama Cherry, my second mother from Michigan during my visit in March. She pointed at a restaurant we passed on the way home to our snow-capped cottage along Cleveland Street, Nunica. 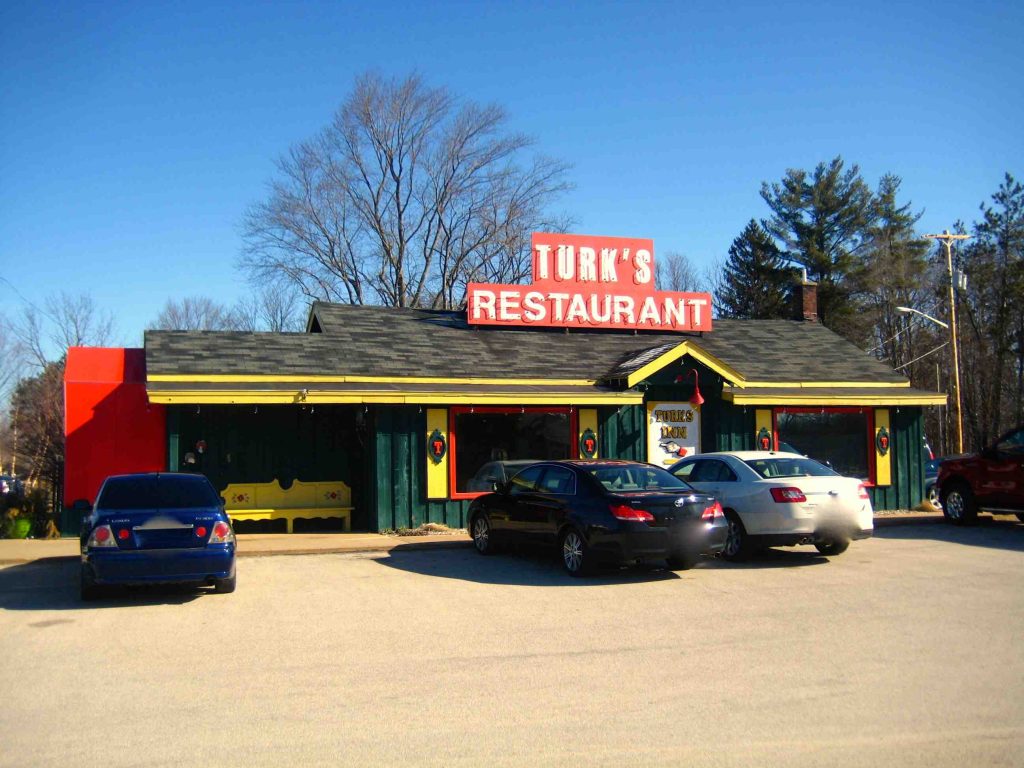 I quickly glanced at the one-floor wood-finished restaurant at the corner of George St. and Cleveland. She explained that Turk’s reminds her of the famous Merlotte’s Bar and Grill, a.k.a. Bellefleur’s from the HBO TV series, True Blood. It was daytime, so I didn’t really get the eerie feeling that vampires were inside clinking glasses of blood-flavored drinks.

“We will take you there on Sunday after church,” she said. “Turk’s is the only restaurant here in Nunica.” 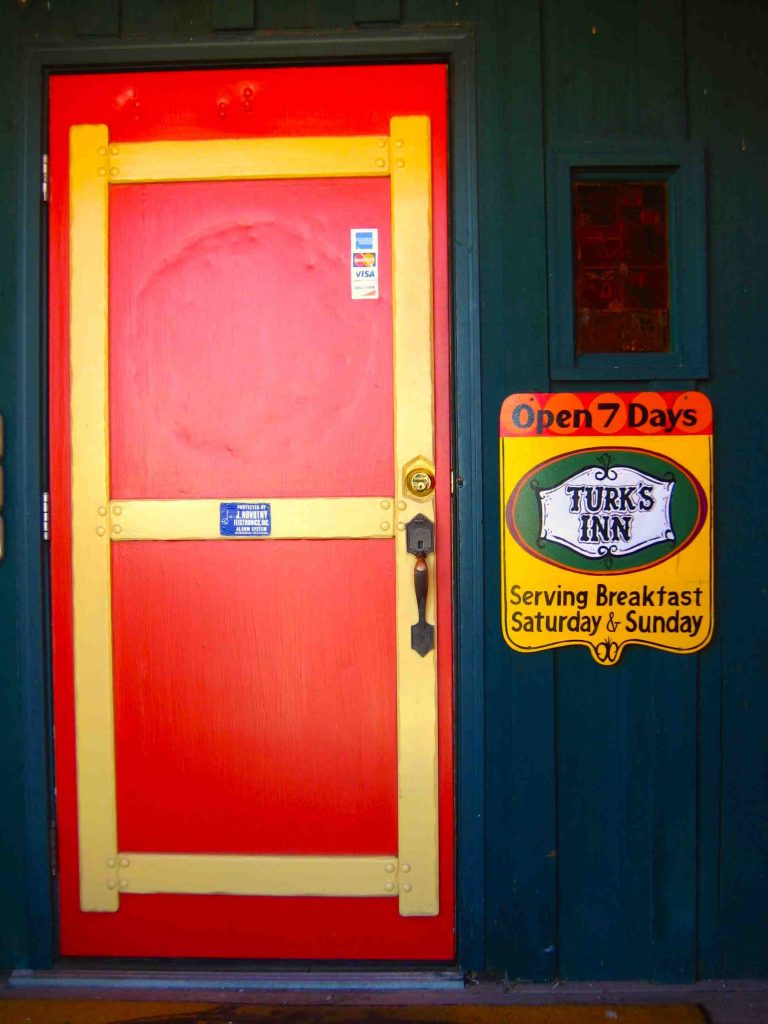 It was a month of firsts for me—my first time to visit Michigan, my first time to live in a winter state, and my first time to reside in a farm community for more than a week. There were malls and commercial establishments around the area, but Nunica’s laid-back lifestyle told me this isn’t like the fast-paced city life I grew up with in the Philippines.

And I enjoyed every moment of it.

That Sunday, dressed in a navy blue dress, I went to mass at St. Luke’s Lutheran Church with Mama Cherry and Dad Tom. We headed to Turk’s with Tom’s father Ed, and his nephew Mark, and they all ordered their usual favorites. No, there were no brawling vampires, just a friendly staff serving traditional home-cooked America food. 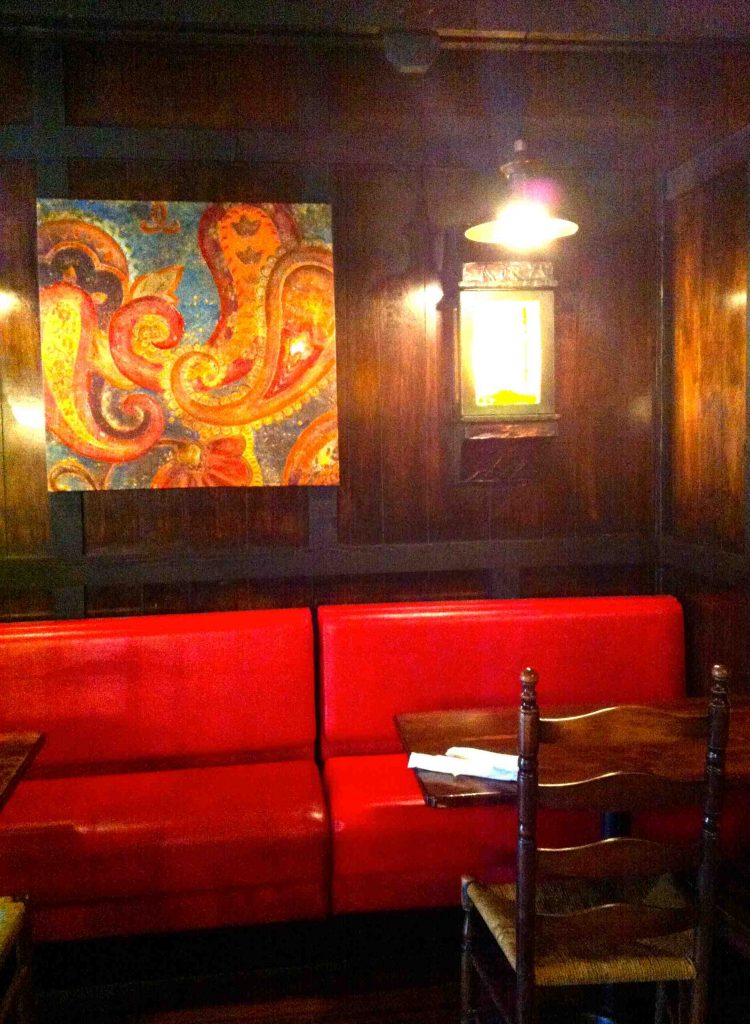 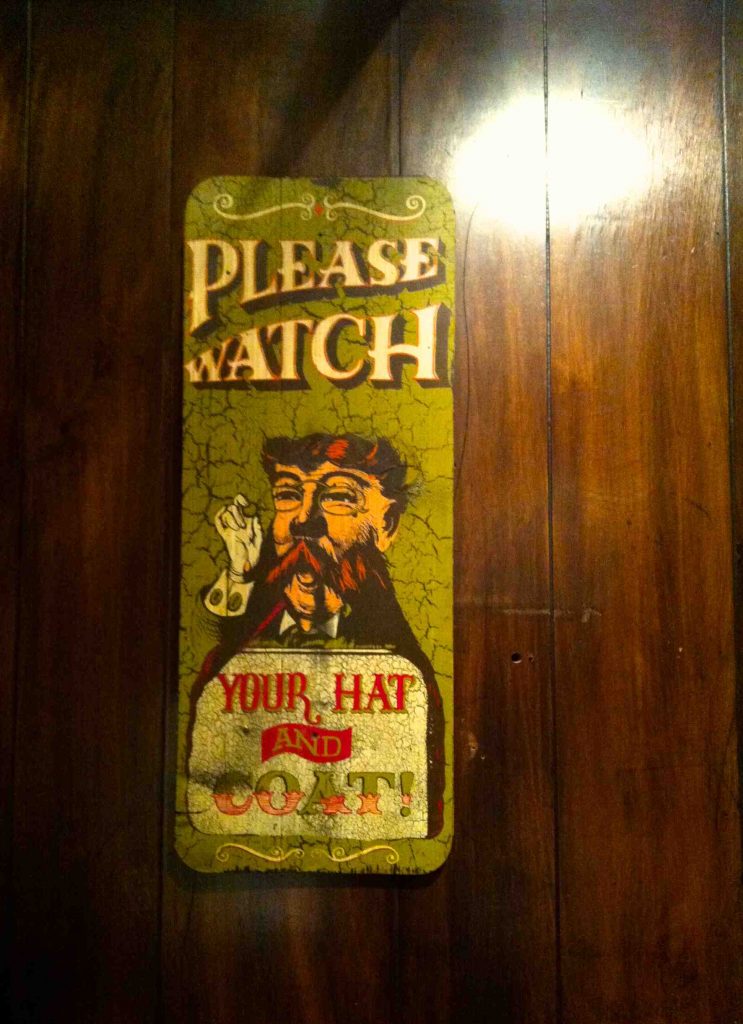 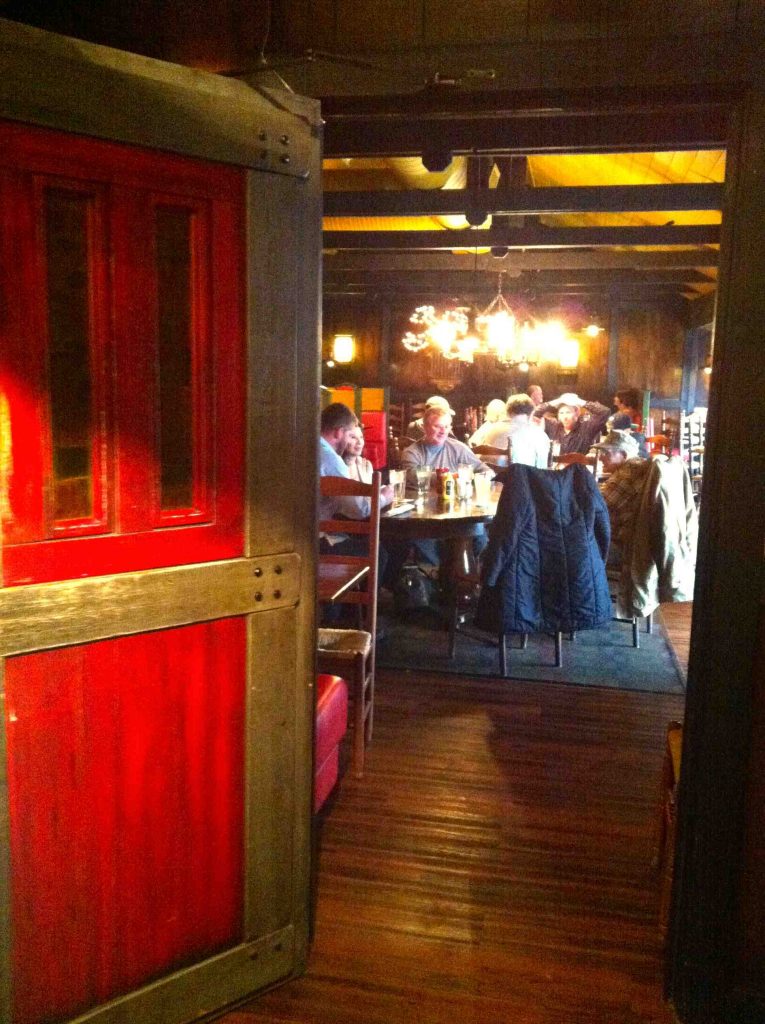 I ordered fish and chips, and Dad explained to me the types of fish that are best for making this classic dish, and how to tell if the catch is fresh or has been left in the freezer for too long. He also talked about their favorite dishes on the menu, such as the huge burger Mark had.

Tom is an expert in fishing, among other things. In his farm cottage that I called home for two weeks, I watched him do everything from plumbing to carpentry in a house that he practically built for himself after his 28-year service in the navy. He enlisted in the US Navy in 1975 and he wanted to find love of his life from Philippines. He met 17-year-old Cherry when she was an exchange student in Nunica in the ’70s, but she had to return to Manila to finish her studies. They never saw each other again. He was never sent to the Philippines during his entire service, but Tom didn’t forget about Cherry. He found her 35 years later, widowed, and took her back to Michigan to marry her. 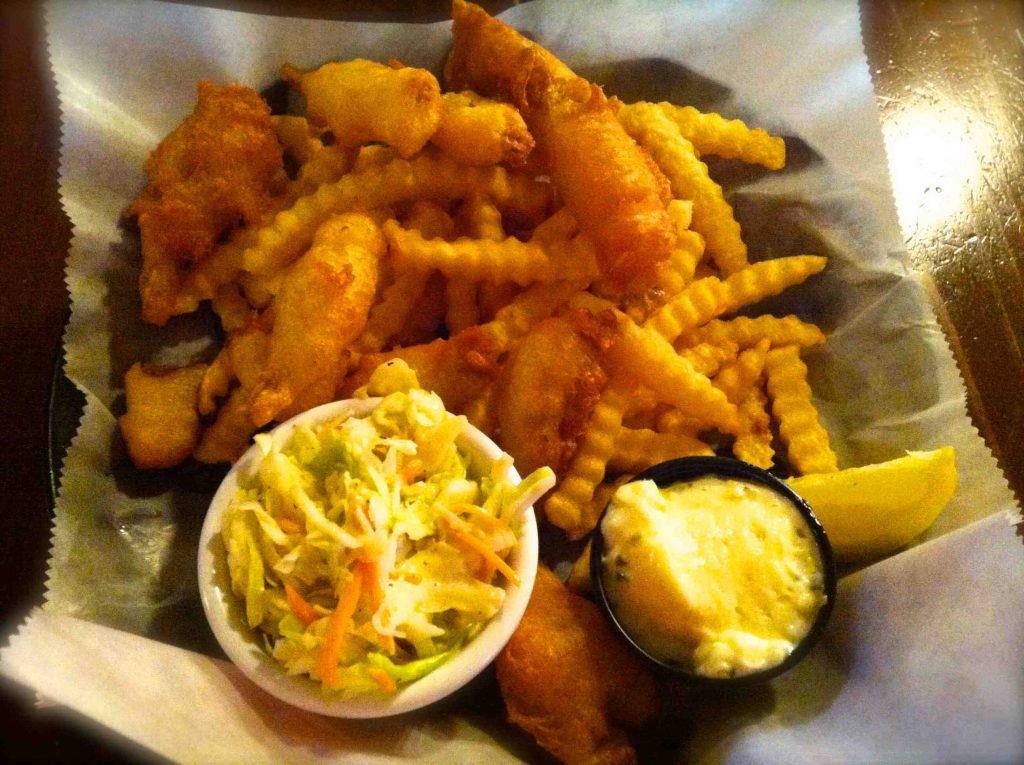 As I took photos of the bar and its saloon-style interiors, one of the waitresses spotted me snapping away, and I was afraid she’d peg me as one of those annoying blogger-tourists. I was a self-conscious for being one of the only two Asians in the restaurant, let alone in Cleveland St. But the waitress smiled at me.

“Sorry, I’m just taking a quick photo,” I said to a family sitting at the table across us. “It’s alright,” the eldest man said. “Just make sure you get my good side!”

I munched on my fries while listening to Dad’s stories of the restaurant, how it’s been around since 1933, and how the natives of Nunica have been spending weekend brunches at Turk’s for decades, making it a place where everybody knows everyone’s name. 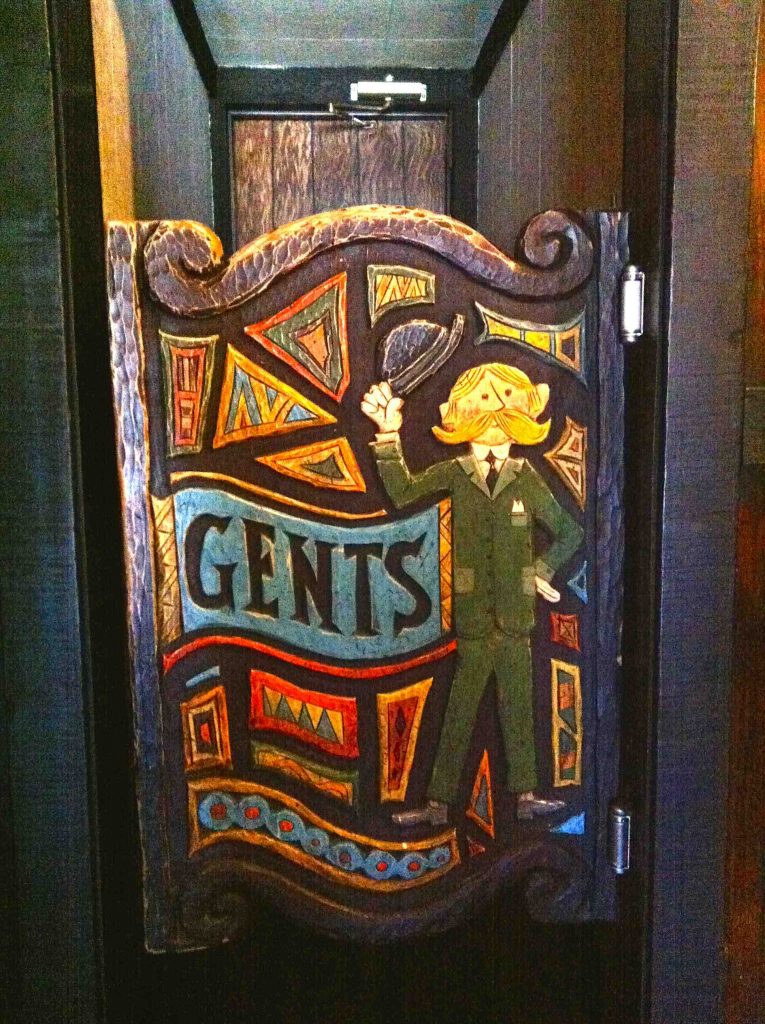 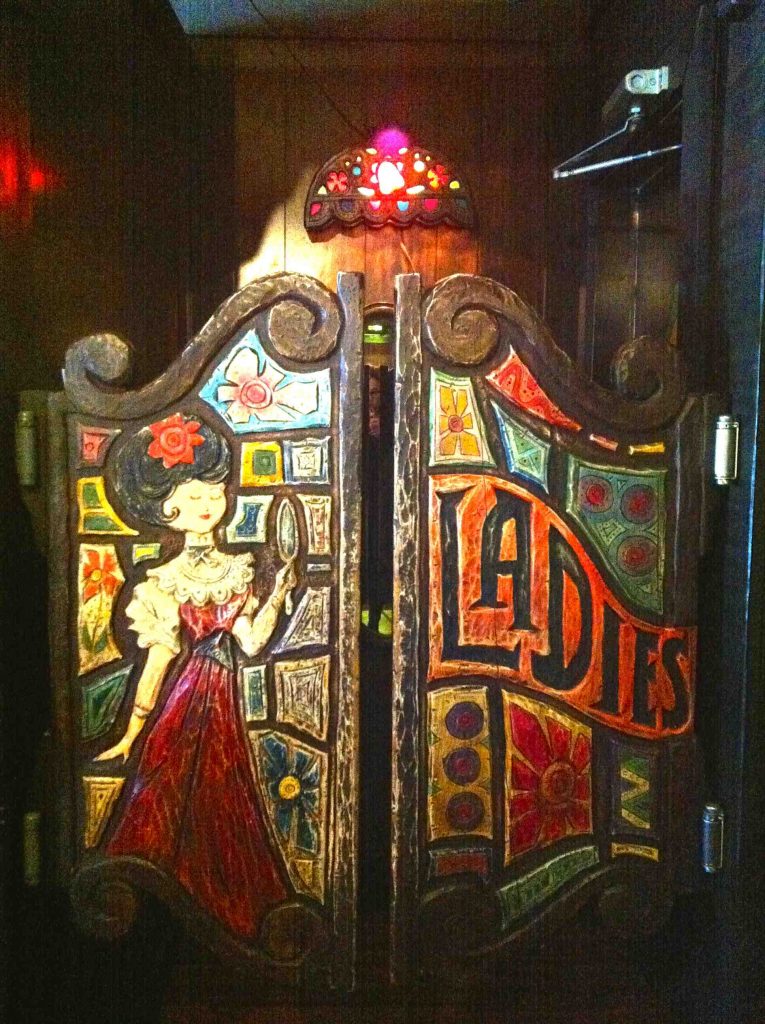 He greeted practically every family and couple who entered the restaurant that day, and chatted briefly with one of the owners, Francene Holmes. He and Mom introduced me to many of their friends, mostly elderly, that brunch.

Days later, as I attended my third water aerobics class in Spring Lake Community Fitness Center a short drive away, the staff knew me as the girlfriend of Cherry’s late son Anton, and that I’m visiting Michigan for my first time.

“Can we go back to Turk’s before I leave, even just for coffee?” I asked Mom days before I was set to leave Michigan. “Sure!” she replied.

But our schedule was too booked and I didn’t get a chance to have my second visit at the only restaurant in town. I wanted to hear more stories about the place and meet more of the regulars.

I did have one last glance the night before I left. The dusk has settled, and snowflakes sprinkled Turk’s roof. Winter was slowly saying goodbye, but for a Pacific Islander like myself, it was freezing.

Mom was right. At twilight, Turk’s does look like Merlotte’s.