I Was Z Hostel’s Customer #1

Gone are the days when I was an amateur traveler who preferred sanitized accommodations to “dangerous” hostels. I remember this travel article I wrote back in 2007 when I was traveling alone in New York. I described my fear of hostels after seeing a trailer of Eli Roth’s Hostel: Part II. Back then I booked only hotels and inns. As my budget depleted, so did my inhibitions. Soon I was couch surfing with friends and relatives, subletting apartments, checking into guesthouses, and eventually, hostels. My younger, naïve self would gasp at the idea of it.

A few weeks ago, a friend posted an open invite on his Facebook wall: “For the soft opening of our new hostel in Makati, we’re offering two nights of free accommodation to travelers who are in town.” All they asked for in return was for guests to give feedback to help them tweak their services before their official launch on December 1. I needed a break from my life in Cavite City, an hour and a half away from Makati, so I jumped at the offer.

There I was, the official first customer of Z Hostel in Makati. 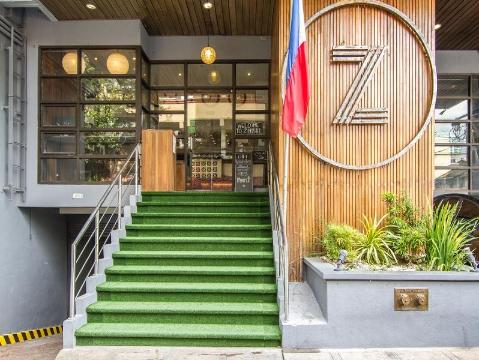 As I was given the grand tour and history of the place, their tagline caught my attention: “Luxury Hostel.” I’ve never seen the words luxury and hostel in one sentence before. A typical New York City hostel costs about $30 (P1,350)/night, while Manila hostels can go from $5 (P250) and up. With that price tag, expect the usual shared bathrooms, thin walls, creaky bunk beds, and limited space for your luggage. 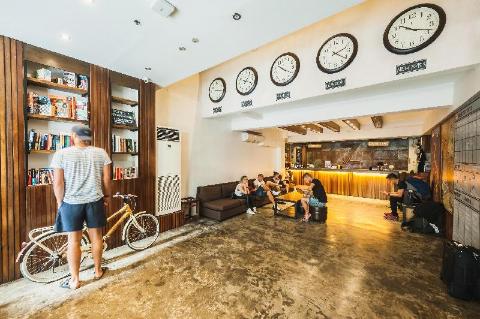 Z Hostel didn’t feel like that at all. The bunkrooms exceeded my expectations. Aside from lockers for each guest, there’s plenty of space in the room to store extra items and even do a bit of Yoga! Each bunk bed has a personal lamp and shelf with multiple sockets for your gadgets, books, and other bedside necessities. Each bunkroom has its own bathroom with a bidet and shower heater. In case a roommate occupies it and you badly need to go, just head to the other shared bathrooms down the hallway.

Their price tag is higher than the average Makati hostel. At Z, it’s $22-30/head if you’re getting a bunkroom and $60/head for the private room. With the amenities and good old Filipino hospitality I experienced during my stay, I believe the price is worth it. You get a genuine hostel experience for a price that gives you a little more comfort.

Seasoned backpackers will tell you that there’s always “that guy” in every hostel—the innkeeper or extra friendly receptionist who seems to know everything about the neighborhood you’re in and will gladly tell you where to go for the best eats and tours. In Z Hostel, that guy is Carlo, better known as “Chief of Good Vibes” Cao. 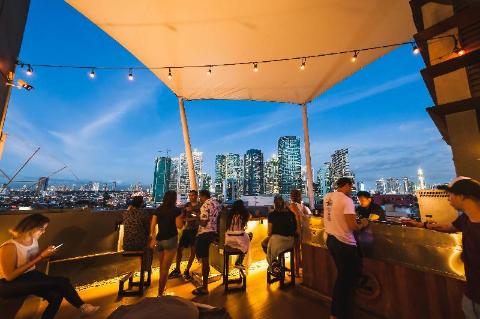 I thought I knew enough about the Makati nightlife, even in the notorious red light district where Z Hostel is located. Cao proved me wrong. On my first night, he took me to the newly opened Señor Pollo in Poblacion Street, a short walk from Z Hostel. I skipped my usual red light district favorites such as Filling Station and Argos and sampled Señor Pollo’s signature Cuban roast.

As we headed back to Z, Cao and I traded stories about the different spots we’ve grown to love in this neighborhood. “Beer’s Paradise is closed!” he said as I pointed the bar that once claimed to have the most number of beer selections in town.

The next night, I hung out at the roof deck with my friends and friends of the owners. We ordered sandwiches from Pepi Cubanos and the guys brought out a DJ mix table and a beer cooler. An impromptu party was in session! Cao (who deejays on the side) and his business partner Rommel shared with me their plans for Z—an in-house travel agency, weekly events and parties at the roof deck, and the kind of travelers they expect to show up.

“I’m thinking of adding greenery to the roof deck so that people can do their Yoga here,” Cao said. “I’d love that!” I replied.

“But you just never know how this hostel will turn out,” I told them. “For all you know, you might just wake up one day and your wall has been graffitied by a group of nomad artists while everyone was drinking!” Cao laughed. 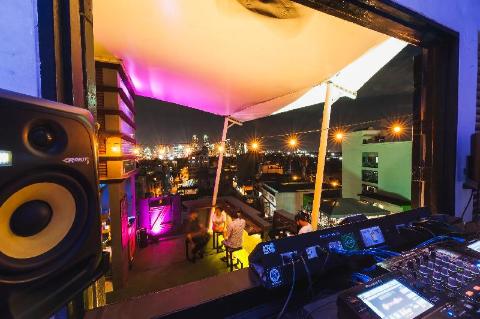 After the party wrapped up, I packed my things and said goodbye to the chief and his team of Manileños. I could smell the fresh paint as construction workers worked overtime to finish the parking lot and bar-café at the mezzanine. Cao’s brother Franco showed me the reception wall where they plan to put up a customized map of the Philippines.

“Come back soon!” the staff said as I left.

Oh, I definitely will, if only to see my prediction of an artistic mural come true.