In October last year, InterContinental Manila announced that it is closing its doors after 46 years to make way for Ayala Land’s new commercial, mixed-use development plan. The hotel ceased operations as soon as the contract between Ayala Land Hotels and InterContinental Hotels Group ended on December 31, 2015.

Weeks leading to December 31st, the hotel offered numerous closing promos and events, including a photo nostalgia contest where people shared old photos with accompanying stories on the hotel’s Facebook page, which was sadly deactivated on New Year’s Day.

I was one of the loyal patrons who shed a tear for the closing of this iconic hotel. InterContinental Manila was a big part of my youth. My businessman father would meet up with his colleagues and friends several times a month at Jeepney Bar. My sister and I were excited whenever Papa took us to Jeepney Bar in the ’80s, because back then there were actual jeepneys in the restaurant, and you could eat and play inside. They took out the jeepneys in the ’90s, and the restaurant was renamed Café Jeepney, and eventually, The Jeepney. We ate there regularly and even found our “usual” table.

Papa and his friends were such familiar faces that the employees knew them by name and gave them a special parking slot in front of the entrance. In our school uniform, my sister and I would get dropped off at Intercon after class and would know that Papa and Mama were already there when I spotted their car in Papa’s parking slot. 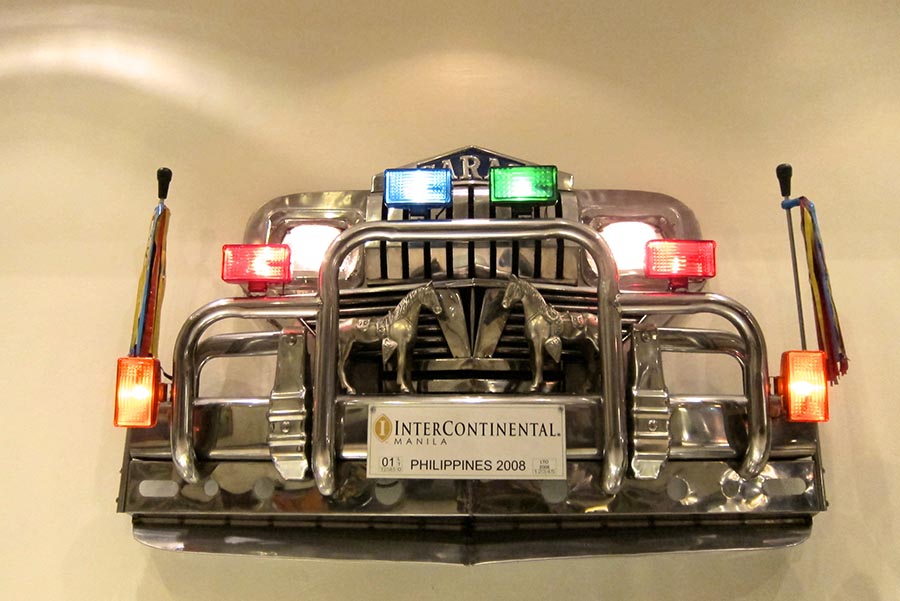 In Jeepney, Papa knew the chefs and even after the kitchen closed, we could order whatever dish we desired, whether it was on the menu or not. I remember dropping by Jeepney after a party and asking for tapsilog. The waiters would gift us with chocolates and jars of jam on the house. When I hit my teens, Papa helped me get access to Euphoria (now called Compass), one of Makati’s “it” clubs in the ’90s. In my awkward braces and flared jeans, I felt at home in Intercon.

For my 18th birthday, my parents threw me a debut party at the grand ballroom. The guests included Intercon patrons that we met and bonded with through the years. Some of them remain my good friends to this day.

I don’t know when exactly we stopped frequenting Intercon. All I remember is that soon after I graduated from college in 2003, some of Papa’s Intercon buddies relocated and moved on to other ventures. We would still visit Intercon, but only a few times a year.

On December 29, 2015, I took my family to Intercon one last time to pay tribute to our favorite hotel before it closed for good. Dozens of other patrons had the same idea, so Jeepney was fully booked until New Year’s Eve. We also could not attend the parties at Compass (formerly Euphoria), but celebrated vicariously through friends and employees who posted photos on Facebook.

As CNN Philippines reporter Paul Garcia puts it, “Hotel Intercon’s closure is a reminder that things, even those we love and treasure, don’t last forever, and that the only permanent thing in this world is change.”