Detective For a Night

I was still reeling from my Mystery Manila experience when I received this interesting package in the mail: 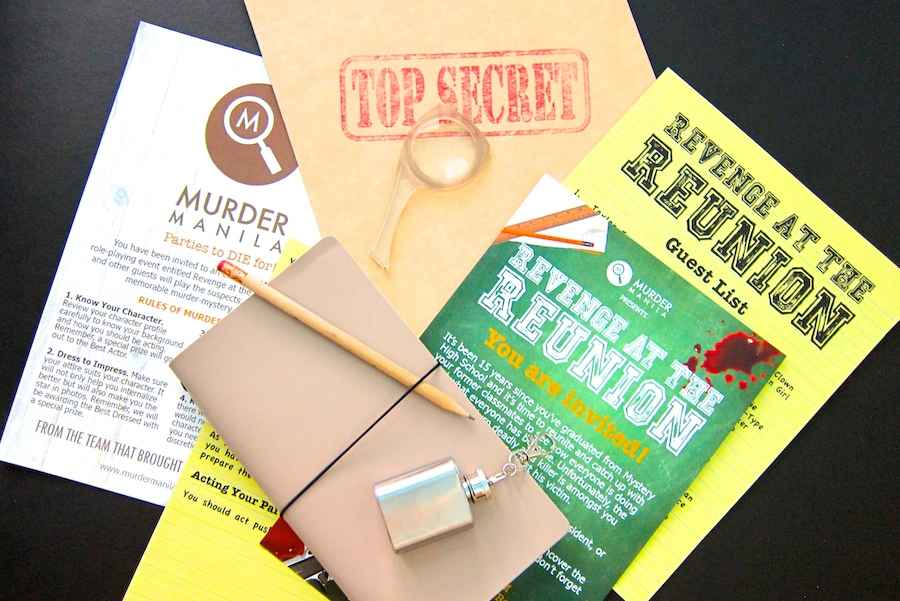 I was invited to the official press launch of Murder Manila, where I got to fulfill my fantasy of playing a life-sized version of Cluedo, and I am one of the role-playing characters. From the makers of Mystery Manila, Murder Manila is your own private game of whodunit. You and your friends are the suspects, victim, and culprit. There are two types of games to choose from—“Murder at the Mansion” and “Revenge at the Reunion.”

My fellow guest bloggers and I played the latter. A week before the Feb. 23 launch, we all received a mystery package containing the following files: mechanics of the game, the fictional backstory of the reunion, list of characters to expect, and your assigned character profile.

My character was Sheila Somersault, head cheerleader of Mystery High 15 years ago. Sheila is now a successful choreographer, but like many suspicious alumni, she has a secret she doesn’t want people to know.

As I entered the private venue at Holiday Inn Makati, I laid eyes on my “classmates” all dressed in their respective characters, such as Darren Dean the rebel, Robin Rumors the class gossip, Daphne Diva the mean girl, and my fellow cheerleaders, Patricia Pompom and Shirley Split. It was interesting to see how each blogger tried to portray their stereotype roles and create allies. Some stood out more than the others, and I, too, tried my best to channel the essence of Sheila Somersault.

We started with a buffet spread courtesy of Holiday Inn, and we got a chance to interact with the other characters. It’s important to establish your characteristics and mission early on. 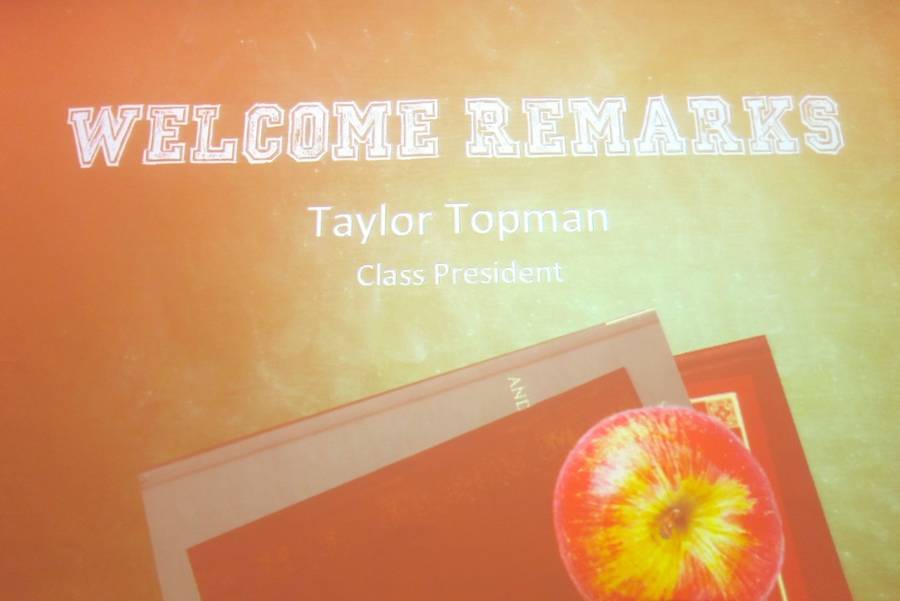 Class president Taylor Topman clinked the glass to signal his welcome speech, which included an overhead projector giving the basic rules of Murder Manila. I could hardly finish my dessert in anticipation.

Throughout the night, the organizers handed each character a set of secret rules, clues, and play money. While doing your best to follow what the cards tell you to do, the objectives of the game are to figure out who the killer is and to end up with the most play money.

It’s up to you on how you want to move forward in the game. Think out of the box as long as you don’t exit the room. As Murder Manila put it, “Bribery, cheating, blackmail, and other creative means to acquire money is expected and encouraged.” If you’re a killer or suspect, you need to play your cards right. By the end of the night, we were all given score cards to write down our main suspect.

Awards were given to:
1. The first person to guess the right killer
2. Best actor/actress
3. Best in costume
4. Richest player

I did not win, but I enjoyed portraying my character and deducing a la Sherlock Holmes! I’d love to be part of another Murder Manila game, this time with my fellow theater actors. I can already imagine each thespian going all-out with their costumes and character internalization. What a fun way to practice improv!

Visit murdermanila.com if you’d like to organize your own mystery-solving party. Price starts at P5,000 for a group of 8, and P400 for every additional player. The game lasts for two hours, and the fee comes with game facilitators, prizes, and game props, such as play money, clues, and detective kits. Venue and food are not included in the package fee, but Murder Manila can recommend venues.