Photography studios need more than just basic lights and equipment to make photo shoots successful. To me, the ambience plays a big part in uplifting the mood of the entire team—not just the photographer, but the models, makeup artists, hairstylists, and editors as well.

I have a few top-of-mind studios that fit the bill. The newest on my list is Alfred Mendoza’s studio, where we shot for BDJ Box last week. Located in his mother’s home in Quezon City, this studio was once his late father’s garage, which Alfred transformed into his own photography studio years ago.

There’s a quaint living room at the entrance, where you’ll find a display of some of Alfred’s works in old-school photo album form, among his collection of family portraits, vintage cameras, and other souvenirs on display.

A royal blue door welcomes you to a two-floor loft, where there’s a kitchenette beside the main photography studio. Upstairs is the makeup room, and another office that Alfred refuses us to look into because, “I haven’t cleaned it up yet, haha!” he said.

All doors and windows are painted royal blue. “Very Atenean, isn’t it?” Alfred joked. He’s a true-blue Atenean, and I met him when we were both college students back in (insert forgotten year here). He pursued photography after graduating, while I followed my gut and ditched law school plans for magazine journalism.

The studio interiors are unfinished, which gives it an industrial-meets-pop feel. The rooms are spacious, which is a refreshing change from other photography studios that feel crammed when the entire creative team attends the shoot.

A second photo shoot is definitely in order. 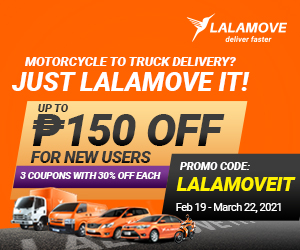