This little resto in Alabang Town Center is run by young millennials Dani Ramos and David Mendoza, who took inspiration from their love for food and trips to Japan. Quickie trivia: Dani is the daughter of Neil and Michelle Ramos, the couple behind Neil’s Kitchen and Tailor Swift. Mr. Roboto’s interiors were designed by Cheri Roberto, the same woman behind the Instagrammable interiors of Neil’s Kitchen, Tailor Swift, and Bike Rx. The latter two have been featured in KateWasHere’s My Space section.

“It was so fun designing this resto, especially painting the mural outside with the song ‘Mr. Roboto’ constantly playing in my head,” Cheri told me. “The robot concept came from Dani and David, with the help of their parents.”

In case you haven’t figured it out yet, the restaurant’s name came from the song, “Mr. Roboto” of ’70s-80s American band, Styx. The song’s famous lyrics, such as “domo arigato” and “secret, secret” are plastered on the walls, along with posters of Voltes V, Gundam, Missile Man and other retro robots.

Speaking of Voltes V, their sushi chefs will give you non-traditional sushi and rice bowls with equally quirky names. Bestseller gendai sushi sets include Voltes V, Mr. Roboto, Secret Secret, Daimos, and Voltron. Their chirashi and donburi portions are big enough to be shared by 2-3 people. 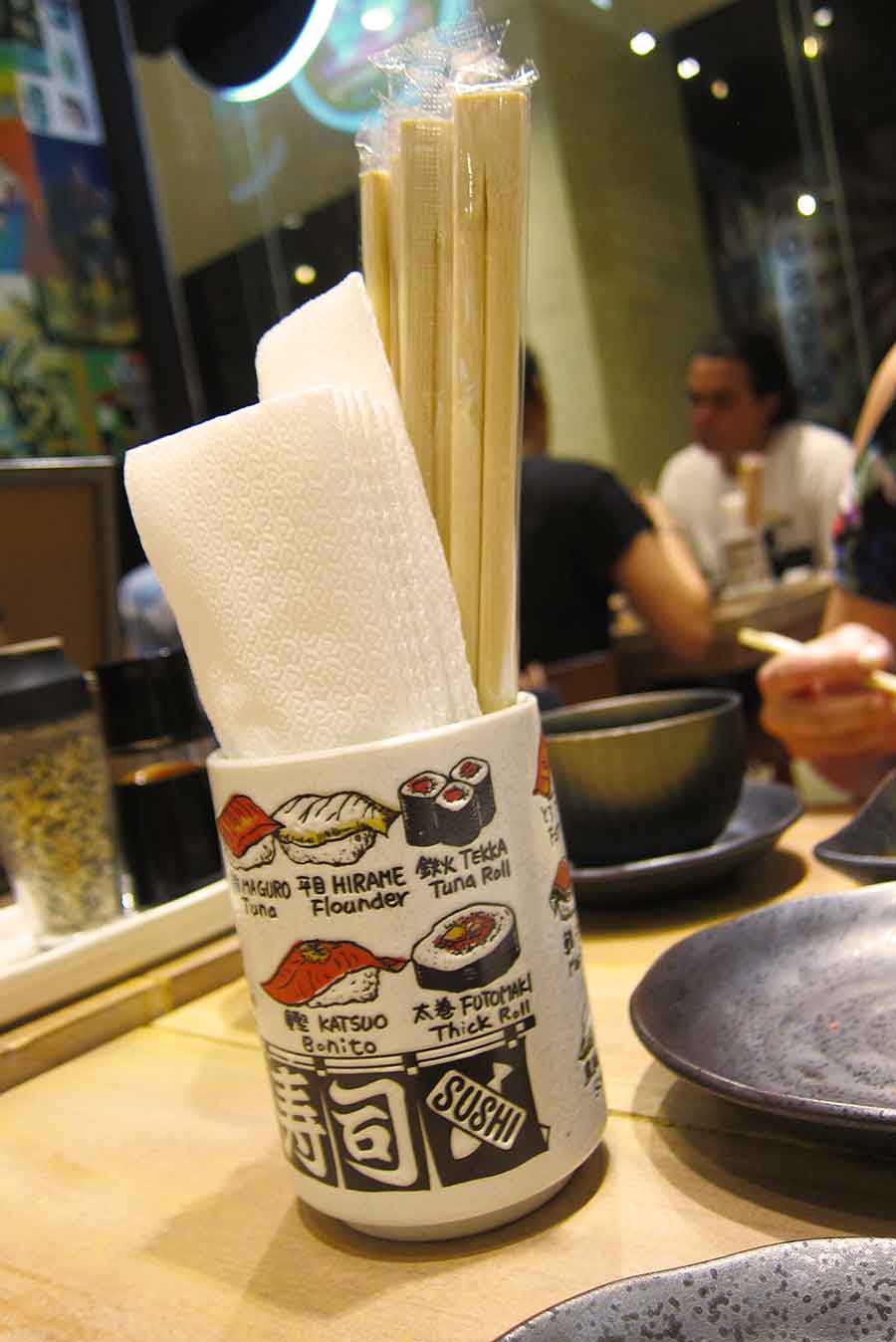 As I discovered last week, the food tastes as great as it looks, and eating it in a roomful of robots makes it more fun.