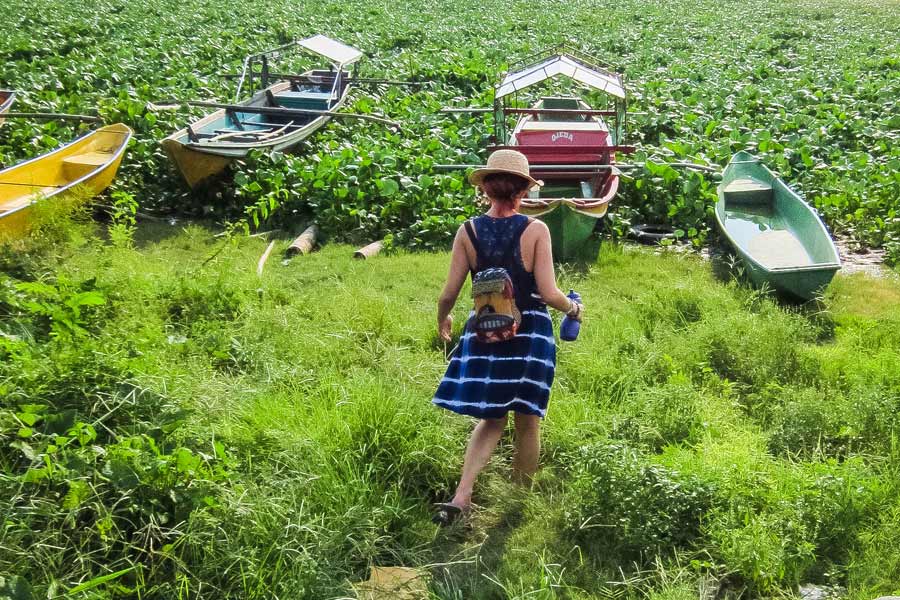 Whatever Happened to Yadu Bags?

The first time I laid my eyes on a Yadu bag was back in 2010. They had just opened a quaint shop at The Collective, a former warehouse turned art district and events place for the hipsters of Makati. The Collective, which was located at Malugay Street, San Antonio Village, was the secret hangout of Makati’s rebellious kids, those that preferred to have a beer in their ratty old sneakers while watching an indie band instead of falling in line in an exclusive club with the high-heeled crowd.

The bars and stores starting folding, and the iconic B-Side Bar marked the end of an era when they closed in 2018, followed by the closure of the entire Collective, but that’s a sad story that deserves a separate blog post. Last I heard, a condo was being built in that area.

Yadu‘s shop was designed like a hidden loft in a forest, like those secret spots you would read about in children’s books. When you entered the wooden door, you’d see a collection of patchwork bags hanging from tree branches. No two bags were the same.

I met one of the owners and designers, Bianca Holganza, who told me that each Yadu bag is made from upcycled materials. The designers would browse ukay-ukay shops (Filipino vintage shops) for clothes that have unique fabrics, some ranging back to the ’70s. They patch the fabrics onto duffels, backpacks, shoulder bags, wallets, and even guitar cases. After hours of examining every single bag in the store, I found “the one”—a blue duffel named Siva. I plucked it from the tree and bought it for an introductory price of ₱1,650 (original price tag was ₱3,000). I also bought a purple one for my sister.

Yadu Bags started showing up on the shelves of SM Department Stores, but the hipster in me (sorry, I was young and snobbish) was a bit turned off when that happened, because it marked the commercialization of the brand. The bags no longer had names, just price tags with SM bar codes. But now I understand that in order to stay financially afloat, steps like that were necessary. I bought other Yadu bags from SM, and was happy to see other youngsters getting excited over their unique, bohemian designs. I wanted to tell them to go to the real store in The Collective to experience plucking a bag from a tree branch, like I did.

My heart fell when the original Yadu store in The Collective closed. Soon it also disappeared from the shelves of SM Department Store. Their last Facebook post was in December 2016. They stopped replying to messages and comments from fans asking where they moved and if they can still purchase bags. It was a slow and quiet exit.

I’ve seen a few kids tag #YaduBags on Instagram through the years, long after they closed shop. Like them, my Yadu bags are still in great condition and continue to join me in my travels. I sometimes see the designer’s name in magazine writeups about sustainable fashion, but no word on our beloved Yadu.

What indie Filipino brands do you love? Is there a particular shop or fashion brand you once loved but folded?